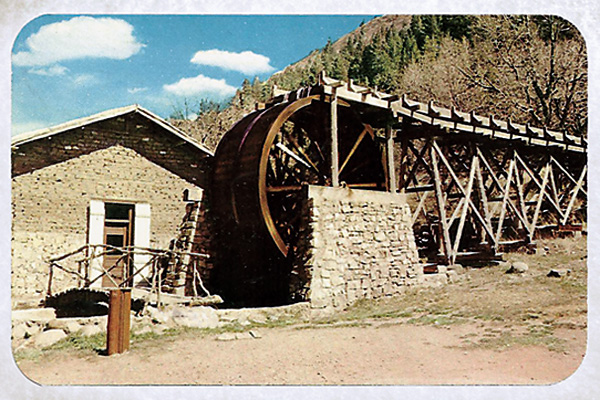 1. At the time of the 1878-79 Lincoln County War, Ruidoso was just one building, Dowlin’s Mill; owner Paul Dowlin was shot dead in front of it in 1877. While it is no longer open to the public, the mill is located on Ruidoso’s main drag, Sudderth Drive.

2. The Ruidoso River Museum boasts the largest collection of Lincoln County War artifacts in the world, along with items from the Titanic and prehistoric artifacts. Kiddies might dig the outdoors “Alien Experience.”

3. For a good steak, head to the Texas Club in Ruidoso. This was the favorite restaurant of actor and stuntman Richard Farnsworth, who owned a ranch in Lincoln County.

4. Place your bets at the Race Track & Casino in Ruidoso Downs; racing season lasts from Memorial Day to Labor Day, while the casino is open year round.

5. English entrepreneur John Tunstall opened the Tunstall Store in his ill-fated attempt to wrest power in Lincoln County from the firm of Murphy and Dolan. This business venture cost Tunstall his life and ignited the Lincoln County War.

6. For breakfast or lunch, or a place to hang your hat, the Wortley Hotel is the best bet. After guard Bob Olinger brought the prisoners here for their evening meal, he heard gunfire from the courthouse that caused him to rush back across the street and meet death at the hands of the Kid.

7. The single most historic building (arguably) is the Lincoln County Courthouse, in nearby Lincoln. Billy the Kid made his dramatic escape here on April 28, 1881, killing both of his guards in the process and catapulting the youthful outlaw into legend. Prior to its courthouse days, the building was erected in 1874 as the store for L.G. Murphy and his ruthless junior partner James Dolan.

8. If the Kid were to ride back into Lincoln today, he would recognize it instantly; many buildings date from his time, with others dating just a few years later. The Montano Store is where Gen. Lew Wallace stayed while investigating the violence in Lincoln County. The Patron Store is where the Kid went into voluntary imprisonment while waiting for a pardon from Wallace that never came. The 1876 Ellis Store is now a bed and breakfast.

9. Fort Stanton is possibly the nation’s best-preserved cavalry fort. Most of its original buildings are still there, including the enlisted men and officers’ quarters, the stable and the commander’s office and quarters.

10. At White Oaks, check out the cemetery (Susan McSween, of Lincoln County War fame, is buried here, as is J.W. Bell, a guard killed by Billy the Kid during his escape). Be sure to wet your whistle at the No Scum Allowed Saloon, a building constructed during 1880s boom days.

For historic tours of Lincoln and Lincoln County, contact Drew Gomber at drew@pvtnetworks.net or 575-653-4056.