Paul Andrew Hutton has written up the true adventures of a frontier Wonder Woman who somehow—for the life of me, I don’t know why—has escaped big screen treatment.

Sarah Bowman was a pistol-packin’ mamacita. She had no children of her own, but she adopted numerous American Indian and Mexican orphans who stayed with her for life.

She definitely towered over her brood. One eyewitness claimed Bowman stood seven foot tall. That seems like an exaggeration to me, so I’ll go with the next tallest observation: “she was six foot six.” 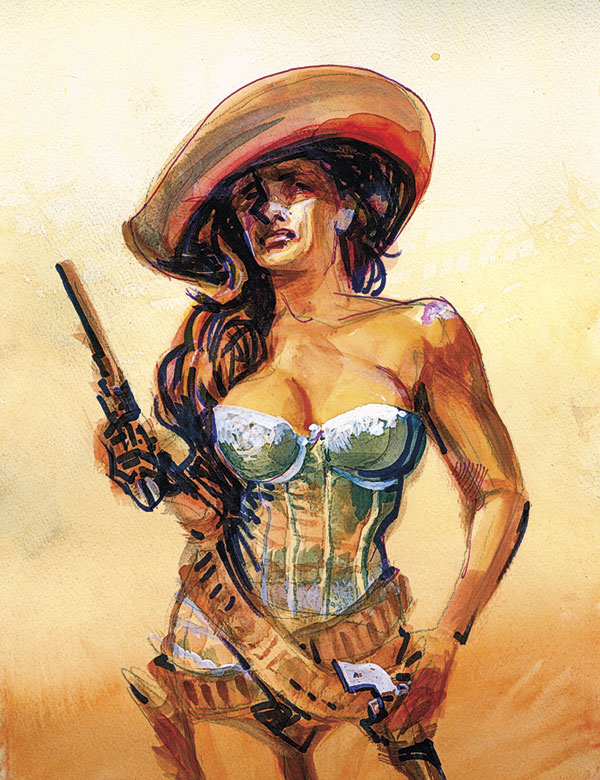 She was adored by all the soldiers in the Southwest for “her bravery in the field and for her unceasing kindness in nursing the sick and wounded.”

Wounded by a saber slash across her cheek during the Mexican-American War, she allegedly shot and killed the Mexican soldier who had cut her. The 4th Infantry awarded her “rations for life.”

She founded two towns—El Paso, Texas, and Yuma, Arizona Territory. The latter town will be honoring her this October 13-14, 2017. The Great Western Festival will be held at the Colorado River State Historic Park museum. My artwork and her life story will be on display at the museum. Please come join in the celebration. 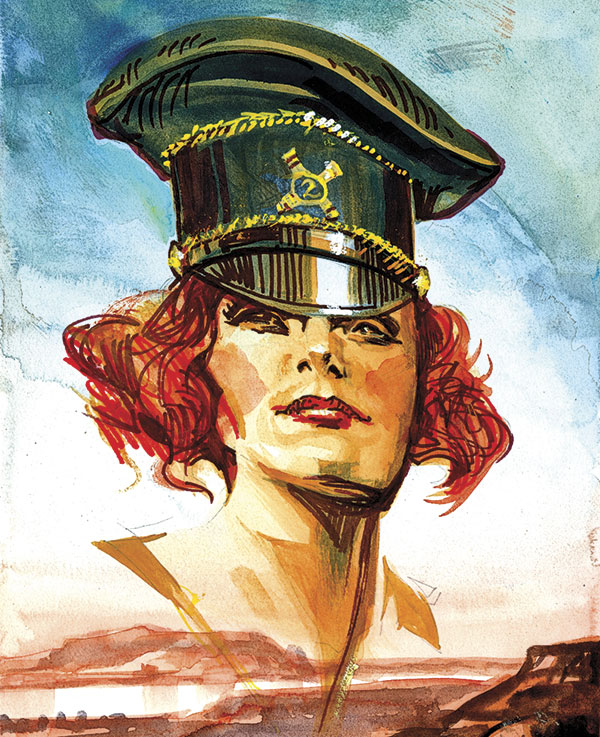 As every soldier who ever ate a bean at her roadside cantina or partook of her tenderness would probably say, “it’s about damn time” the American West honors the Great Western!

For a behind-the-scenes look at running this magazine, check out BBB’s daily blog at Blog.TrueWestMagazine.com.