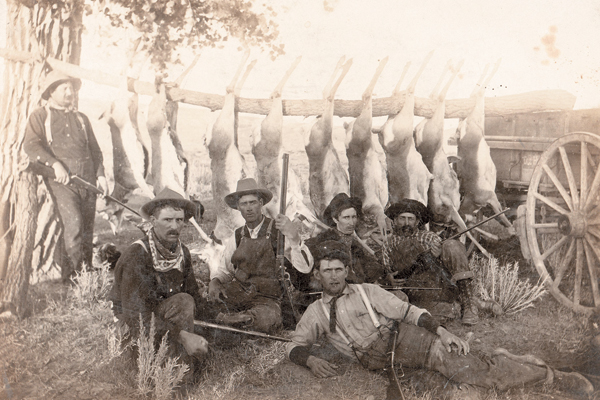 Before and after the coming of European settlers, hunting game was an important aspect of Indian life.

“We have been a nation of hunters ever since,” notes an exhibit on these early-day hunters at the National Cowboy and Western Heritage Museum in Oklahoma City. Running through December 11, the exhibit continues the museum’s 50th Anniversary celebration by showcasing hunting weapons and trophies, and vintage field and studio photographs of 19th-century hunters.

The photography of hunters and hunting can be examined from multiple perspectives. First, there is the distinction between personal and studio photography. Second, the photographs can be viewed on subject matter (shown in the following selection of photography): portraits; hunters with their kills; hunting camps; and posed commercial photographs.

Lynda Haller is the Director of Public Relations at the National Cowboy and Western Heritage Museum.