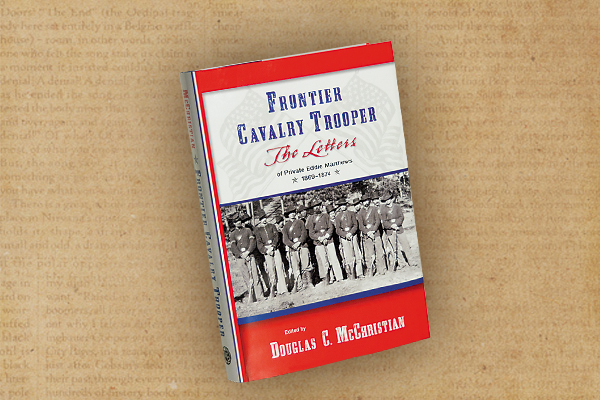 Frontier Cavalry Trooper: The Letters of Private Eddie Matthews, 1869-1874, edited by Douglas C. McChristian, is a rarity amidst the books, diaries and journals written by soldiers who served in the West after 1865.

Since most of the enlisted ranks were made up of illiterate Irish and German immigrants, few records from their viewpoint were left for posterity.

Private Eddie Matthews is an exception. His insightful letters paint an engaging and riveting account of daily life in garrison and in the field in New Mexico and Arizona Territories, recording events as they happened; they are not reminiscences clouded by time and faded memories.

McChristian has done an excellent job of editing and adding helpful commentary to introduce each chapter. I highly recommend Frontier Cavalry Trooper for anyone wanting a comprehensive history of the enlisted soldier in the Frontier Army.

—Marshall Trimble, author of Arizona: A Cavalcade of History