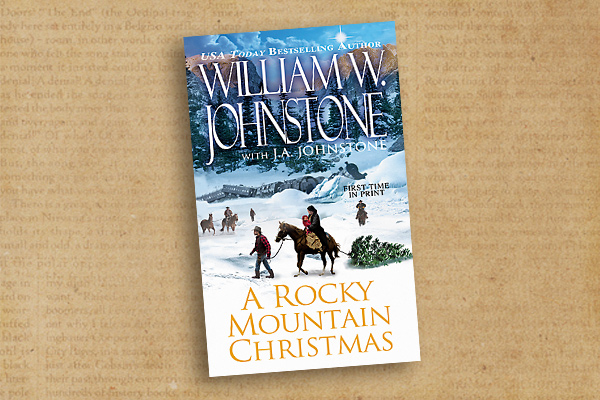 William W. Johnstone and J.A. Johnstone combine fantasy with Old West action in A Rocky Mountain Christmas. When a train is derailed by an avalanche, the passengers must not only contend with dire elements, but also each other.

The ragtag bunch includes a lawman, a convicted serial killer, a beautiful school teacher, a handsome rancher, a famous gunfighter and an obnoxious politician whose daughter is desperately ill with pneumonia. Suffering sub-zero temperatures and shortages of foodand fuel, the survivors are eventually rescued by the ghost of a mountain man. The novel could only be improved upon if we had a main protagonist to cheer; otherwise, this is an entertaining read.

The world of Western literature lost a treasured voice in the early morning hours of September 7, when D.L. Birchfield, Choctaw satirist and professor of Native American Studies, slipped from this life. The author of the Spur Award-winning Field of Honor died from an apparent heart attack.

Describing him as a “champion of, and mentor to, numerous students,” the University of Lethbridge, where Birchfield taught, remarked that he will be greatly missed.

Birchfield’s most recent book, How Choctaws Invented Civilization and Why Choctaws Will Conquer the World, examines academe, American history and American policy relations with American Indians in the author’s characteristic humor and irreverence.

Birchfield’s good friend and fellow author Robert Conley called Birchfield a “genius” and a great writer. “I will miss him terribly,” Conley says. “His work had a tremendous satirical turn. He was a prolific reader and had a mind like a steel trap. He remembered everything.”

Candy Moulton, executive director  of Western Writers of America, remembers Birchfield’s work as copy editor for Roundup Magazine for the past 18 years, his service on the organization’s board and his strong support of the Homestead Foundation. She adds, he was “witty, smart beyond belief and gave a hand up to many native and non-native writers.”