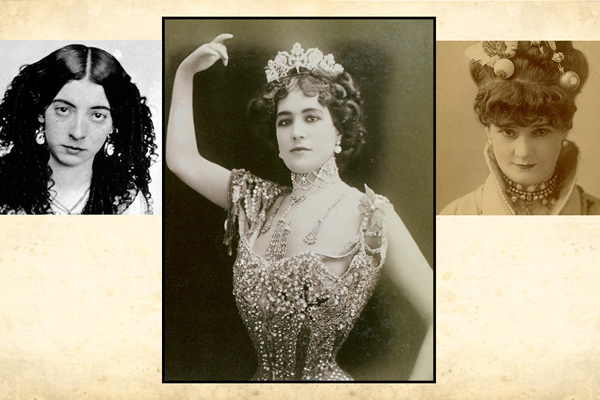 One of the great joys of writing for a magazine like True West are the passionate and curious readers. At least twice a week, a package of photographs or historical documents are sent to us, usually with a note that shows a breadth of historical knowledge that is both humbling and staggering. With them in mind, we present the following puzzle:

Who is the woman pictured center?

A quick Internet search tells us that she’s Lola Montez, but when we compare the photo on the left (the real Montez) with our mystery woman, we have serious doubts. These women have different jaw lines and general differences in bone structures and eye shapes. Once again, the Internet has gotten it wrong.

To the right is Lotta Crabtree, who legend holds was taught how to dance at a young age by Montez while in Grass Valley, California. Crabtree and the woman pictured center share some strong similarities, but are those enough to say the photo is of her? The jaw line and hair are close, but the women have enough differences to divide the True West staff on the issue.

We turn to you, the True Westerners. Do you know the identity of the woman in the center? Can you shed some light on where, when and why this photograph was taken? Comment below and, who knows, you just might make history.