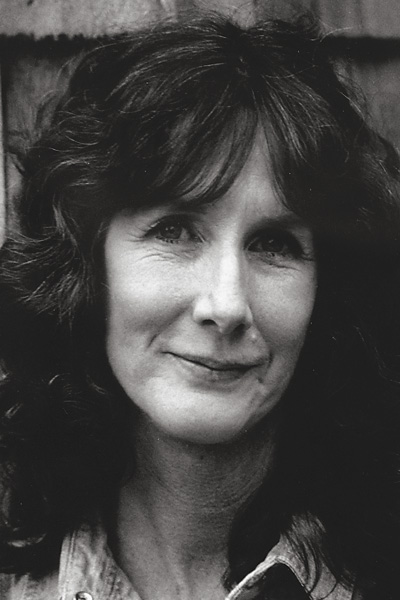 You have to relish a writer who describes Benjamin Franklin as an 18th-century Groucho Marx. Lucia St. Clair Robson is not only one of America’s finest historical novelists, but she also has verve.

Her first book, Ride the Wind (1982), a fictional account of the Indian captive Cynthia Ann Parker, won the Golden Spur Award from Western Writers of America. Since then, Lucia has penned another six novels, including her latest, Ghost Warrior: Lozen of the Apaches (reviewed on page 59), which was just released by Forge Books.

Like other good writers of historical fiction, Lucia embellishes the lives of real people with a novelist’s insight. In doing so, she remains true to history, while adding emotion and drama to characters and events that traditional historians often portray in a sterile recitation of facts.

When asked why she doesn’t write novels about fictional people, Lucia answered, “The lives of real people are more compelling.” She admits, “A heap of chutzpah is required to presume to speak for the dead,” adding, “I imagine there might be some ticked-off souls waiting for me when I get to heaven.”

Lucia grew up in West Palm Beach, Florida, and fondly recalls her girlhood camping adventures in the Everglades, where she canoed alligator-infested rivers, shared her bathing suit with scorpions and wrapped herself in a surplus army bedroll during 95-degree nights to escape mosquitoes and stinging sand gnats. Such experiences gave her a unique perspective when she wrote about the Seminole warrior, Osceola, in her third book, Light a Distant Fire (1988).

After college Lucia served two years with the Peace Corps in Venezuela, taught fourth grade and worked as a librarian. In 1970 she lived in Iwakuni, Japan, while her husband served in Vietnam. During this time, she became intrigued by the story of the 47 Ronin, which led to her only book set outside of America: The Tokaido Road (1991). She wrote about the Japanese samurai because she “Wanted a break from the tragic finales of Indian stories.” Her editor, however, questioned her concept of a happy ending, saying only Lucia “would consider an ending happy where 46 people disembowel themselves.”

Of all the people whose lives she’s recounted, her favorite is Sarah Bowman in Fearless (1998), a laundress who accompanied General Zachary Taylor’s army during the Mexican War. In Lucia’s words, Sarah “flourished in the harshest of environments. She took in orphans, and helped the ill and the down-and-out.  She was fiercely loyal, brooked no nonsense, and she kicked butt when the occasion called for it.”

Of Lucia’s least favorite historical characters, President Andrew Jackson and the Apache war chief Geronimo top the list. In her view, “they were self-serving men who betrayed those who helped them.”

Lucia spent between two to five years researching each of her books, consulting upwards of 350 sources for each one. She also visited the locales where her novels are set.

Although Lucia’s central characters are usually real people, she uses fictional supporting characters to “show all sides in the conflict.” The freight hauler Rafe Collins in Ghost Warrior was added to “give the white male point of view” to the Apache Wars, though Lucia confessed that “Rafe appeared in a past-life-regression [I] did, so who’s to say if he’s real or imaginary.” Who, indeed!

When not writing or researching, Lucia–who makes her home in Maryland–enjoys traveling, reading and gardening. She also practices the “soft” martial art hapkido, though she stresses the TV star Chuck Norris “has nothing to fear.”

Lucia’s current project concerns George Washington’s network of spies, something for which, according to Lucia, the nation’s first president was “quite good at.” Future subjects will be “people who haven’t been done to death.”

If she could choose to live in the past, Lucia would like to have lived in the years following America’s Revolutionary War, “when the country was being invented, and before the Victorians got a stranglehold on the society.” Had she lived then, Lucia is certain to have had the chutzpah to go toe-to-toe with Benjamin Franklin. As Groucho Marx would have said, “On that, you can bet your life.”