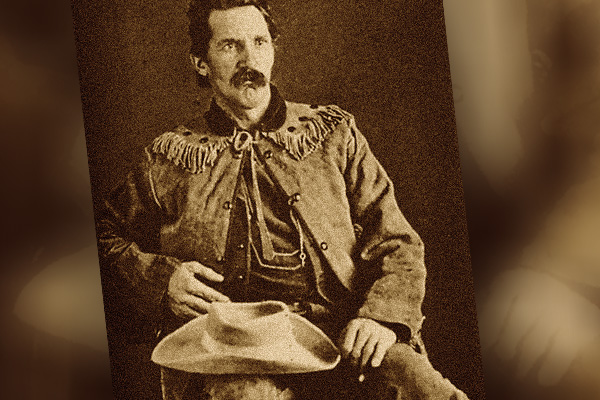 Absent from duty for five days, the Apache Kid, along with four other Apache scouts under his command, rides single file into the headquarters of the San Carlos Reservation (near Globe, Arizona).

The Kid has been serving as the acting chief of scouts while Al Sieber was away at Fort Apache and the White River Subagency.

Now that Sieber is back in San Carlos, he has summoned the Kid after hearing he killed another Apache in an alcohol-fueled family feud. (The offending liquor? Tiswin, a traditional Apache drink made from the heart of the mescal plant.)

Walking up to the scouts, Sieber says, “Hello, Kid.” Returning the greeting, the Apache Kid and his scouts dismount, with their weapons in their hands.

“Give me your rifle,” Pierce orders the Kid. The Kid complies. Pierce demands his gun belt, too, and the Kid gives it up. The captain places the rifle against Sieber’s tent and the gun belt in a chair. He then demands the same from the other four scouts. They, in turn, give up their arms and gun belts.

Pointing in the direction of the guardhouse, the captain barks, “Calaboose!” (Spanglish for jail). Several of the Indians pick up
their gun belts and remove their knife scabbards.

“Look out, Sieber!” Pierce yells, “They are going to shoot!”

Sieber kicks the guns toward the tent as two shots ring out, one right after the other. Sieber and Pierce dive into the tent as bullets rip through the twin openings, from front to back.

Sieber grabs his weapon and runs out to engage the shooters. He fires at a mounted Apache who has just fired at him. But before Sieber can fire again, a .45-70 slug tears into his left leg below the knee, breaking the bone and knocking him flat. He crawls back into the tent as the Apaches disappear into the twilight.