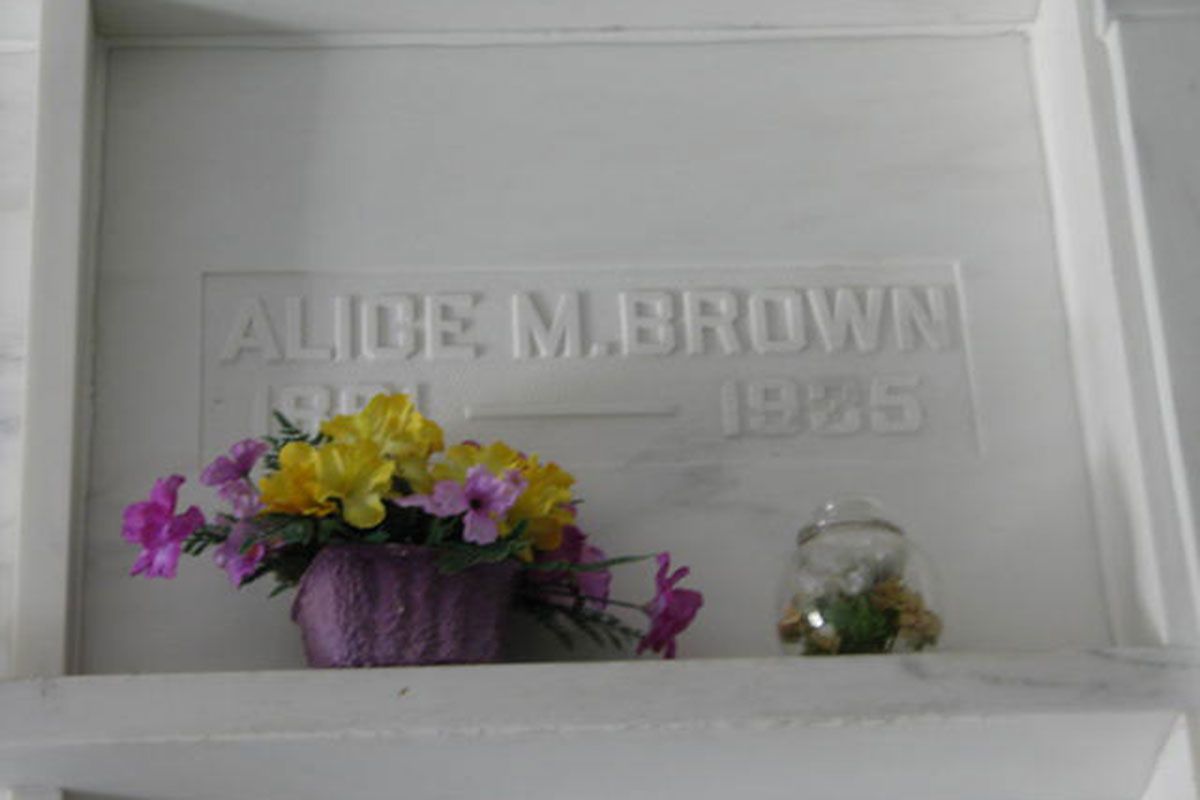 Henry Brown is known as a pal of Billy the Kid, marshal of Caldwell, KS, and a robber
killed by a lynch mob in 1884. He wrote a last letter to his wife Alice, saying he’d gone
rogue to get money for her.

Alice was humiliated and left Kansas. For 25 years, she supervised a hospital in
Frankfort, IN, before spending another five overseeing a park in that town. She was
buried there in 1935. Her obituary that she had been married “to H.N. Brown, who died
many years ago.”