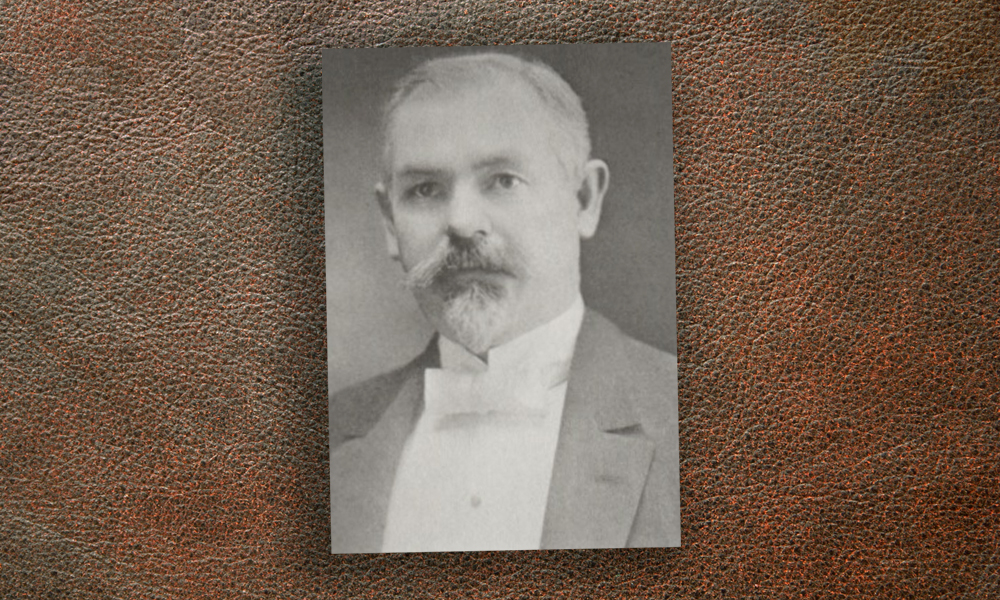 In its heyday Tombstone was never wanting for good attorneys and none was more talented than the irrepressible Allen English. He arrived in Tombstone in 1880 at the age of 20 where he worked as a hard rock miner before joining Marcus Aurelius Smith as a junior partner.

They occupied an office along a street with other attorneys on what was somewhat affectionately known as “Rotten Row.”

English, sporting a magnificent crown of hair, dressed in a cutaway coat and stripped pants, he stood over 6’ tall and moved around the courtroom with the grace of a ballet dancer.

He could hold a jury spellbound with whispered emotion or with the voice ringing with resonance, or he could launch into a speech of fire and brimstone that would have done a preacher proud. People came from miles around to hear this “Courtroom Colossus” in action.

Armed with formidable wit, English could maneuver a jury by flattery, cajolery, crying or begging. He took great liberties with both judge and jury. Often times when pleading a case he would lean over the jury box, address one of the jurors he knew and say, “Give me a chew of tobacco Jim.”

He possessed an uncanny ability for spitting tobacco juice with all the aplomb of a muleskinner. It was claimed he could spit over his shoulder and hit the inside of a cuspidor at ten feet. These courtroom exhibitions became known as “English’s Great Expectorations.”

A skillful attorney, even when in the most bibulous condition his stinging wit and unconventional courtroom antics kept opposing lawyers in a state of consternation and spectators in hysterics.

Always a friend of the oppressed he was a precocious pain to prosecuting attorneys. Someone once called him outspoken.

“He may be out-maneuvered, out-smarted, and out-thought,” a weary judge remarked, “but he is never out-spoken.”