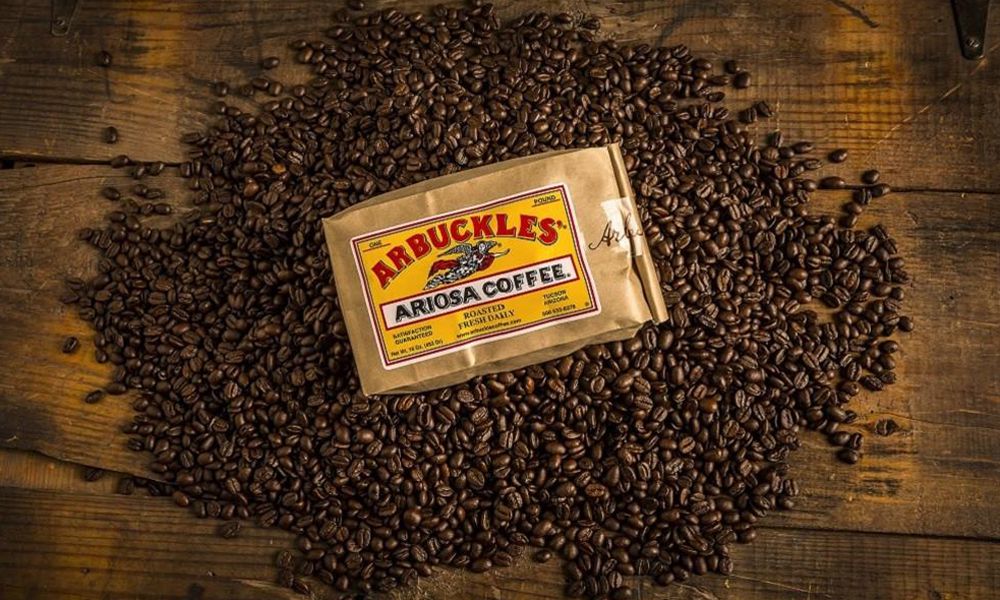 Long before Matt Dillon, Chester and Miss Kitty wrapped their hands around a warm cup, coffee was a staple on the frontier.  In 1849 while surveying a military route through the Southwest, Lt. William Whiting noted in his journal that coffee was “the great essential in prairie bill of fare.”  It was said that many of the early Indian attacks on whites were motivated by a desire for coffee.  The Lakota (Sioux) called the brew, “Kazuta Sapa,” or “black medicine.”

Folklore and Hollywood would have you believe Indians only craved alcohol. It ain’t so; it was the Indians love of coffee helped the fur companies prosper.  From 1833 to 1859 the American Fur Company would trade the natives one cup of coffee beans for one buffalo robe, a price that was later raised to three cups.

Until about 1860, America suffered through poorly roasted coffee. Coffee was sold green and had to be roasted in a skillet over a fire or in a wood stove. One burned bean would spoil the whole batch. The taste was inconsistent to say the least.

Along came a couple of inventive-type entrepreneurs from Brooklyn named John and Charlie Arbuckle. They figured out a way to roast the green coffee beans and preserve their freshness.  They patented a glaze that would seal the beans against deterioration of flavor and aroma. In 1872 they invented a machine that efficiently roasted, ground and packaged coffee into small bags and coffee sales skyrocketed. Their first national brand was patented under the name Arbuckles Ariosa. The brand became so popular in the Old West that most cowboys didn’t even know that there was any other.

Arbuckles Ariosa came with a stick of peppermint packed in each bag. When the chuck wagon cook hollered “Who wants the candy tonight,” those rough and tumble cowhands would fight for the privilege of cranking the coffee grinder.

As they say, the rest is history; Arbuckles became known as the “Coffee That Won the West.”