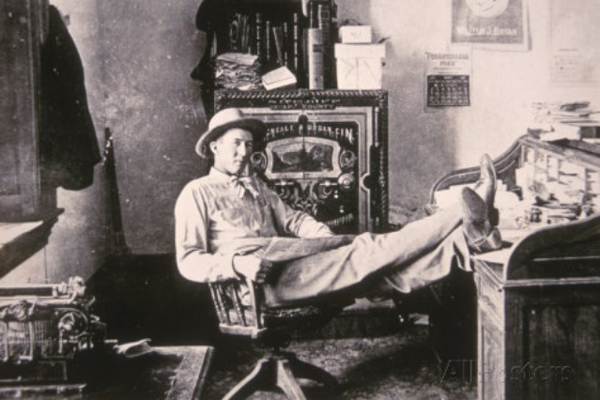 Arizona was the last of the refuge of the drifting lawmen and desperadoes of the Old West.  Its wild country, lack of roads, and proximity to the Mexican border made it ideally suited to men riding the “Outlaw Trail.”

The rich boom towns, stagecoaches and railroads carrying express boxes loaded with gold coin, along with open range cattle were easy pickings in the remote regions by bands of outlaws and cow thieves.

The office of sheriff was a natural addition in this environment. He was the chief elected official of the county and his duties were many. One of those duties was that of tax collector and that could be quite lucrative as he got to keep 10% of what he collected. In rich mining towns like Tombstone a salary that paid $2,500 could bump a sheriff’s pay up to $30,000 a year.

There was usually a lot of fraud at election time. During the 1880 election for Sheriff in Pima County the Republican candidate was a professional lawman named Bob Paul and his Democratic opponent Charlie Shibell was more of an administrator. The leaders of the outlaw element over in the San Simon District, Ike Clanton and Curly Bill Brocius figured Bob Paul would be tough on crime so they decided to stack the deck against Paul. The two outlaws proceeded to appoint themselves election officials. There were 50 eligible voters in the district but when the votes were counted Charlie Shibell received 123 votes while Bob Paul got one. Apparently one of the outlaws thought it best to make the final tally “look good.”

Yavapai County’s colorful sheriff, George Ruffner had won a funeral parlor in a poker game on Whiskey Row so he could offer taxpayers a package deal. He could shoot ‘em, embalm ‘em and bury ‘em.