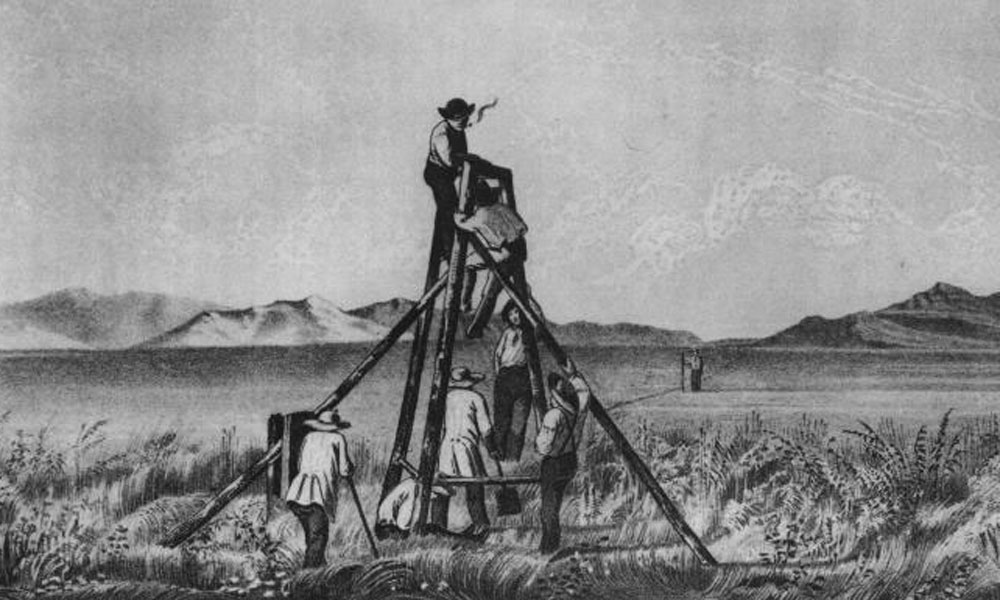 When the United States acquired much of the Far West as a result of the War with Mexico much of the area was Terra Incognita, known only to a few mountain men, a few Mexicans and the Indians. Trouble was, they knew it like the back of their hands and made good guides but couldn’t survey or map it.

U.S. Army Corps of Topographical Engineers, as a separate corps, was authorized on July 4th 1838. Consisting only of officers, they were handpicked graduates of West Point and their mission was to map and survey the pathways to the Pacific. It was the first scientific mapping of the West. They laid out national boundaries and directly promoted the advance of settlement by locating and constructing wagon roads that would later be railroad lines and freeways.

In their short life of 23 years as a corps, the Topographical Engineers probably did more, in proportion to their small numbers, toward the winning of the West than any other group in our history.

They were the so-called public works agency for the West. Although these trailblazers were not considered quite as colorful as their predecessors, the mountain men, did an outstanding job of exploring, surveying and mapping the West. They were a peculiar American institution, a small force of professionals who performed an invaluable service to the exploration of the West.

They were a combination of romance and science; the forerunners of today’s Astronauts.