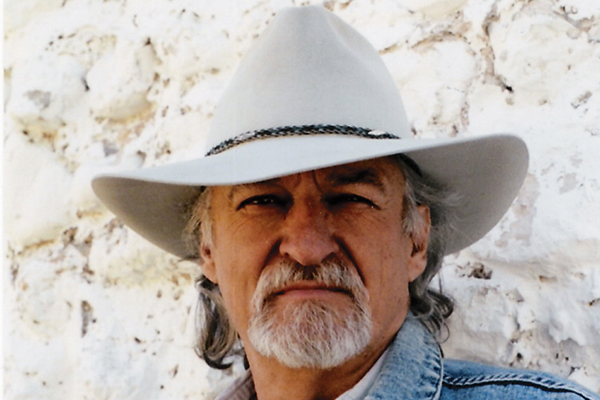 Whether reporting on actual artifacts or proverbial, W.C. Jameson’s research scoops a prospector’s pan of information about locating lost treasures.

Due to his international prominence in tracking the elusive and his wealth of written works on the subject, representatives of Disney Studios consulted with Jameson on their recent film National Treasure. Since the mythical prize had been concealed for centuries, the scriptwriters needed direction to accurately portray the roles that both history and research may play in finding the “X” that marks the spot.

TW: Wow! What an adventure! Just curious, if you could have picked, which character would you have chosen to play in this movie and why?

WC: [Chuckles] That’s easy. I’d be the bad guy. My favorite characters over the years have always played bad guys—Morgan Woodward, Jack Elam when he was young and Charles Bronson.

TW: Are there other movies on your résumé?

WC: Hang ’em High with Clint Eastwood and Ben Johnson. I had a non-speaking role and appeared mostly on horseback. I also worked as a wrangler for the movie. I was in a remake of the Battle of the Alamo. I had a costarring role in Spoils of War [where I finally got to jump into the skins of my favorite character actors by playing a bad guy] and a couple of movies that were slightly less than Academy Award winners.

Jameson’s televised credits also include a few episodes of Unsolved Mysteries—a natural for one who writes of treasure hunting—and some items on the Travel Channel. He has lent “talking head” expertise on segments of both the History and Discovery Channels as well.

Years spent in the world of college academia, a profession he thoroughly sank his teeth into, disguises his true personality. Behind the scholar beats the heart of an unrecognized humorist. His tongue-in-cheek promotion speech of Toad Suck as a possible convention site (an actual burg in Arkansas) had listeners croaking with laughter. His colleagues in the Western Writers of America—for which he previously served as president—voted to honor him with the Stirrup Award for the written version of that speech.

Jameson’s various written genres, in addition to treasure hunting, include the Western frontier, along with a couple of cookbooks in the pot (for the pot). Just released in 2005 is his book, Billy the Kid: Beyond the Grave.

With 43 books and 1,500 articles published, Jameson never forgets the jolt of victory that rippled through him when he made his first sale. He may lament “I got $200 for it and thought I was well on my way to success,” but he continues his quest for the hidden pot of gold—contributing articles, essays, books and music to the world.

The penning of poetry as well as singing is also a mellifluous part of his life. Whenever the opportunity to entertain knocks, he travels throughout the country enthralling listeners with his rich chocolate voice. He’s recorded four CDs, including the appropriately named Fast Horse Through Texas, which emphasizes the cowboying, free roving myth that is embraced by lovers of the now vanished frontier. Hot off the turntable is Songs from the Long and Winding Road.

TW: Have you written any musical scores?

WC: I wrote the music for the PBS presentation on the cotton industry in the American South and part of the soundtrack for the movie Spoils of War. I also wrote and performed in the musical Whatever Happened to the Outlaw, Jesse James.

Between the rigors of musical performances, teaching various writing, poetry and songwriting workshops, and his speaking engagements, he averages 260 days on the road per year. Jameson considers himself forever a working writer, both in narrative and song.

TW: And how long is forever?

WC: I’ll just keep at it until I run out of things to write about. I don’t see that happening for the next 100 years.

Sandy Whiting looks forward to using Jameson’s treasure hunting techniques in tracking down the many things that have been lost on her desk.