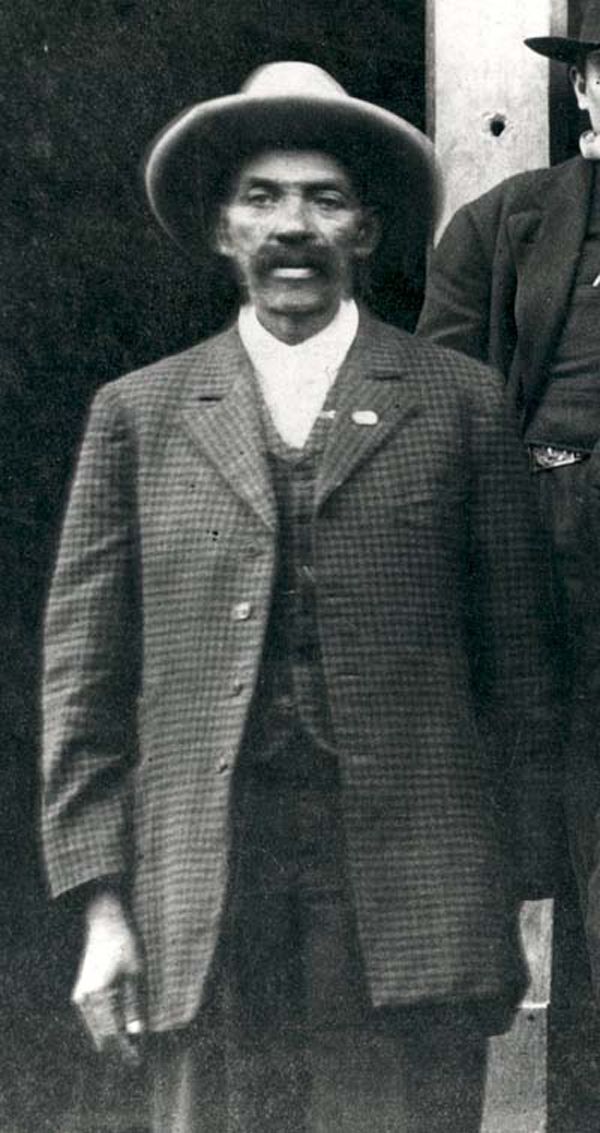 When those old gunfighters are sittin’ around Valhalla discussin’,”Who was the greatest of em all,” the name Bass Reeves is sure to be mentioned.

Bass Reeves was a U.S. Marshal in the Indian and Oklahoma Territories during those wild and wooly days before Statehood came in 1907. It was estimated of the 22,000 whites living in the Indian Territory, 17,000 were criminals. African American deputy U.S. Marshals who worked the Indian Territory had the authority to arrest any whites, blacks or Indians who broke federal laws. Skin color on both sides of the law didn’t matter. This was quite unique in the U.S. especially the South.

More than half of the U.S. Marshals killed in the line of duty since its creation 1789, were in the Indian and Oklahoma territories during those tumultuous years. Bass was Fort Smith Judge Isaac Parker’s most reliable and trusted deputy serving as a peace officer for some thirty-five years and arresting more than 3,000 outlaws.   Anyone with that kind of record had to be good. Reeves was a giant of a man standing 6’2” with broad shoulders. Not many outlaws trifled with him. He gunned down fourteen outlaws who did.

Federal law mandated that U.S. Marshals be accompanied by at least one posse man.  While Bass Reeves patrolled the Indian Territory, he often had only one Indian to assist him. During his later years however, he often went alone.

He survived several assassination attempts. During one attempt the shooter’s bullet took a button off his coat.  Dropping his six-shooter, Bass picked up his Winchester and fired two rounds, mortally wounding the shooter from a distance of five hundred yards. The dying man confessed to eleven murders and presented his guns to Reeves.

Armed with a handful of arrest warrants, a posse man, a cook and a chuck wagon, he’d be out for weeks gathering in the bootleggers, horse thieves, rustlers and murders. Part of his equipment was a long chain, to which he fastened his prisoners, usually in pairs and would then lock the chain around the rear axle of the wagon. After each meal he’d deliver a sermon.

Bass Reeves was born into slavery in Crawford County, Arkansas in July, 1838. The family were slaves to an Arkansas state legislator named Reeves. They moved to Texas around 1846 and during the Civil War he ran away and headed north to the Indian Territory where he found refuge with the Five Civilized Tribes. Living among the Choctaw, Chickasaw, Cherokee, Creek and Seminole, he learned to track, ride and shoot. He also became fluent in all their languages, something that was a key to his survival and successful career as a peace officer. Being a man of color the Indians and blacks living in the territories trusted him more than the white officers and often assisted him in catching the bad guys,

My favorite story from Bass Reeve’s colorful litany of adventures took place around 1895 resulting from his determination to collect a $5,000 dollar reward for the capture of two brothers. He had heard they were holed up at their mother’s place somewhere near the north Texas border and he headed that way, camping several miles from where he suspected they were holed up.

Among his many talents, Bass was a master of disguise. In this instance he dressed up as a tramp, hiding his gun, badge and handcuffs under his clothes. He removed the heels from an old pair of shoes, donned a floppy hat that sported three bullet holes and walked the twenty miles to the home of the mother.

He made his way up to the porch told the haggard-looking woman he was tired; his feet ached; he was hungry and being pursued by a posse that had put three bullet holes in his old hat.

Her motherly instincts prompted her to fix him dinner and while he ate she told him that her boys were always being chased by the law too. She suggested he might join them as they were all “birds of a feather.”

That night he heard a whistle from somewhere outside the house. She went out and whistled back beckoning her two sons to ride in. The boys walked inside and were introduced to Bass. They discussed their various criminal escapades for a spell then he agreed to join forces with them.

During the night Reeves waited patiently until the boys drifted off to dreamland and while they slept, he slipped on the handcuffs. The two slept through the entire cuffing.

At daybreak Bass took his prisoners and marched them off towards his camp. The enraged harridan followed for a few miles, yelling and cursing the marshal until she finally gave up and went home. They were too tuckered out to give him any trouble during their trip to the courthouse in Paris, Texas where Marshal Reeves picked up his five thousand dollar reward.

Borrowing from words of Frederic Remington, Bass Reeves was a man with the bark still on.