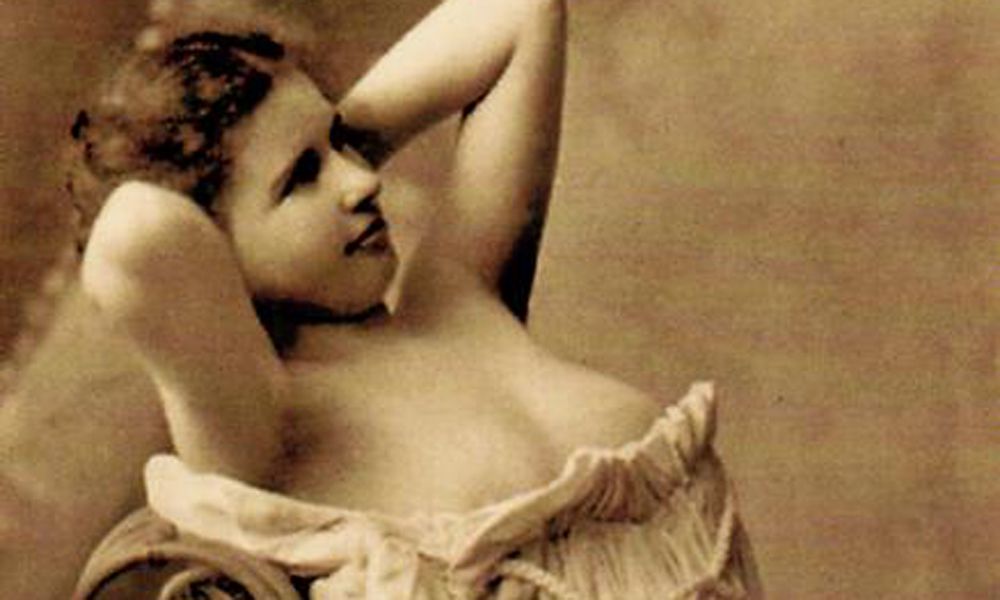 During the early days California’s gold rush, women were a distinct minority, outnumbered about twenty to one.  In San Francisco in 1849 it was fifty to one.  There were similar numbers in Virginia City where, in 1860 there were thirty women to 2,201 men, while Denver at the same time had 1,650 men to one woman.

Women as entertainers of various degrees really began to impact the West in 1851.  During the first six months of that year, more than 2,000 women, practically all of them prostitutes poured into San Francisco from New York, New Orleans, Paris, Marseilles, South America, Australia, and Asia.

French women, the traditional queens of harlotry, were the standard bearers.  One part of the city by the bay became known as “Frenchtown.”  These French belles had their own gold mines right in their beds.  The Forty-Niners and sailors found the French coquettes irresistible.  Prospectors back from the gold fields thought nothing of offering the belles $500 or $1,000 for a single night of love.  The love-starved prospectors and sailors probably didn’t know, or wouldn’t have cared had they realized the imported French ladies usually had been the streetwalkers of the lowest class in Paris and could be purchased for a few dollars.  Instead they saw only the novel exotic charm of les nymphes du pave with their romantic lovemaking language.  One French prostitute was said to have banked $50,000 during her first year of belly bumping.

One French fandango house, during the 1870s clad its girls in red slippers, black stockings, fancy garters, short red jackets and nothing else to interfere with business.  This bottomless innovation in dress was abandoned after a few weeks because of the huge crowds.  Order was impossible to maintain and the girls complained of the cold.

Mexican women were the second favorite, in San Francisco during the Gold Rush, while American and British women came in tied for third.  In fourth place were the Chinese women.

The bawdy houses in other boom towns also produced a litany of ladies with colorful sobriquets.  The Klondike rush of 1898 attracted Nellie the Pig, a name pinned on her by the miners because she had a turned up nose. Peg Leg Annie was lost in a blizzard in the mountains and suffered frostbite on both feet, causing them both to be amputated.

The tender feelings Western men had are shown in the nicknames they gave:  Some, like Irish Queen, and Spanish Queen were related to ethnicity.  Rose was a favorite.  There was Prairie Rose, Texas Rose, Velvet Ass Rose and the Wild Irish Rose.  A prostitute named Cotton Tail was a natural blonde.

Some had more colorful sobriquets: The Dancing Heifer and the Galloping Cow were a pair of ex-washerwomen. The Waddling Duck, the Roaring Gimlet, Leo the Lion, Madam Bulldog, the Little Lost Chicken, Big Bertha, and Madame Featherlegs who earned her name when she raced a horse down a town’s main street wearing nothing but a pair of batwing chaps the flapped in the breeze as she sped by.