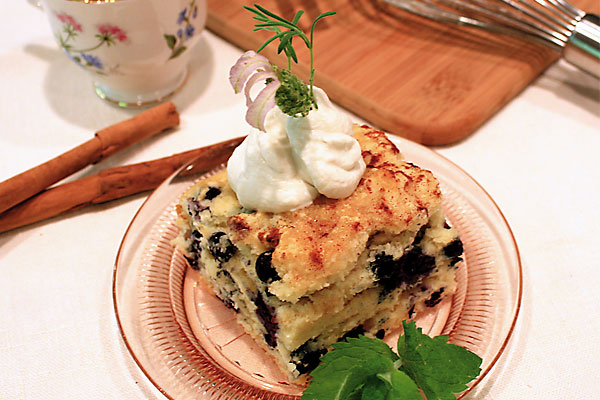 “…I helped put in the corn, and on the hills I picked green huckleberries to make a pie. I picked ripe huckleberries, walked a mile and a half to town, and sold them for ten cents a gallon. Blackberries too,” Rose Wilder Lane said.

Rose, the daughter of Little House on the Prairie author Laura Ingalls Wilder, was recalling her berry picking days at the family homestead in the Ozarks of Missouri. They had moved there from the Dakota Territory during the Panic of 1893.

Berries grew wild all over the West, and many a pioneer was thankful they did. Emigrants following the trails west often survived on berries when they had little else to sustain them. Homesteaders found them growing wild in nearby wooded areas; some even grew and cultivated berries. Varieties included strawberry, blueberry, blackberry, raspberry and huckleberry. Ingenious housewives and cooks turned these lovely gifts of nature into pies, cakes, preserves, vinegars, cobblers, puddings, ice creams, muffins, pancakes and sherbet.

George Brown was six years old when he and his folks set out for New Mexico in 1884. He also encountered nature’s berry bounty. “It rained on us a lot on the first part of our trip but was awful dry on the plains in Texas…. When we came to a river where we could fish we would stay over for several days and rest,” he said 54 years later. “The women folks would do their family washing, and all the children that were big enough would go out and gather wild strawberries, raspberries, blackberries and wild plums, and our mothers would make preserves out of them.”

James Meikle Sharp was eight when he crossed the plains with his parents in 1852: “…we met a relief train from the Willamette Valley, bringing supplies for the belated arrivals. As flour was being offered at $1.00 per pound, and as we were on the bankrupt list, our folks didn’t buy any. Some kind-hearted person, better off than ourselves, generously gave us a small supply. There being an abundance of ‘huckleberries’ at hand, we gorged ourselves on ‘huckleberry’ pie, which proved a lifesaver.”

In Kootenai County, Idaho, berry picking meant something completely different. William Cavanaugh used berry picking as an excuse to brew moonshine. After he and his buddy Martin Kirby were busted for moonshining, Cavanaugh was let go. The local paper reported on August 12, 1891, that while Kirby was arrested and taken to Boise, Cavanaugh had the opportunity to return to his mountain still. The Idaho Statesman wrote, “…Cavanaugh is out picking berries in the mountains and has a chance to continue the business in a more remote retreat.”

While Cavanaugh used berries as an excuse to make alcohol, other pioneers actually used them to make wine. Ah, but that’s a story for another column….

For now, I recommend you do what Laura Ingalls Wilder and her daughter, Rose, did—take those huckleberries and make a delicious dessert. How about some huckleberry shortcake?

Combine the flour, salt, baking powder and powdered sugar into a large bowl and mix well. Rub in the butter and then add the milk. Make the dough stiff enough so it keeps its shape when dropped from a spoon. Add the berries and gently stir to incorporate.

Grease a shallow cake pan and drop in the batter. Sprinkle the top with a little cinnamon and raw sugar. Bake in a 350° oven for about 20-30 minutes. Use a toothpick to check if the cake is done. Garnish with whipped cream or ice cream.

Recipe adapted from the May 10, 1891, edition of The Dallas Morning News