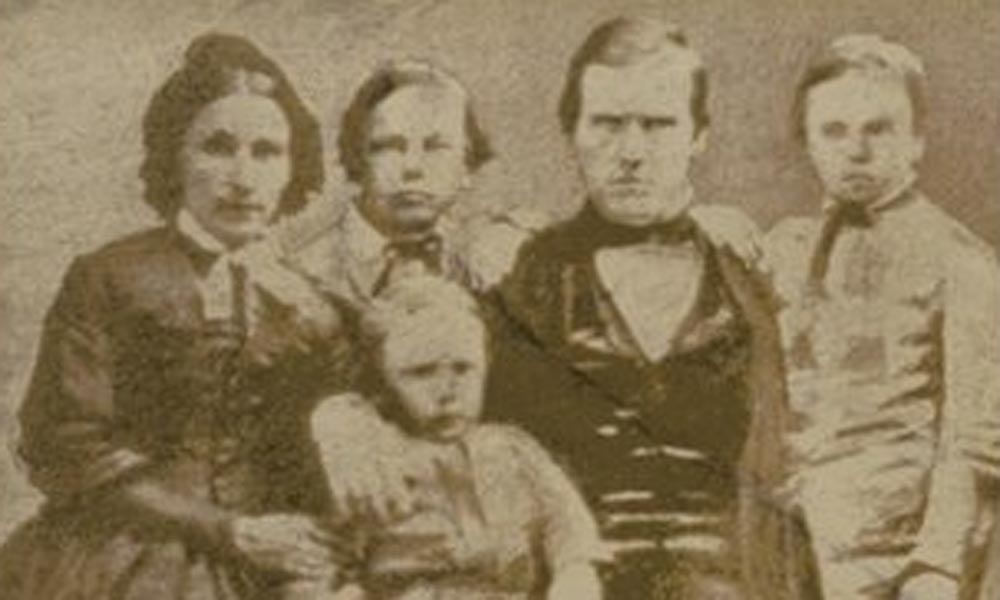 The name Juliet Brier doesn’t leap to mind when thinking about the courageous women who endured the wagon train trip to California. But it should. Because she stands as an astonishing example of the perseverance, grit and endurance of those migrating women.

“I have never been a hindrance. I have never kept the company waiting, neither have my children and every step I take will be toward California.” Those are the words she spoke when someone suggested she stay behind in Death Valley in 1849 as the rest of the party searched for water. She didn’t stay behind, and she and her family survived—unlike a handful of single men in their party who perished along the ill-fated route.

Timing was everything for a successful trip across the vast land from the Mississippi to the Pacific Ocean. If you were late getting to Salt Lake City, you risked violent storms in crossing the Sierra Nevada Mountains. And Mormons were not anxious for travelers to linger at Salt Lake—especially not in ’49 when thousand of travelers were coming through–fearing food supplies couldn’t support them through the winter on top of the population already there. Brigham Young himself urged travelers to take a longer, but safer southern route that would lead them to the Los Angeles area—most of the physical barriers of the regular route would be missed.

The Brier family spent he summer in Salt Lake resting and fattening their cattle while waiting for the desert to cool so they could continue. In October, they were part of 100 wagons with 400 people who called themselves “The Sand Walking Company.”

But the Mormon guide was not popular and when he continually had trouble finding water, the travelers lost faith in him. When a pack train showed up promising a “short cut” due west, the Briars were among those who split off.

It’s not noted if Juliet had been consulted about the new route. Probably not. But her husband fell for the story, joining single men heading for the gold fields. They couldn’t have made a worse decision. They faced towering mountains and deep gorges and deserts with no water. The group kept splitting until Julie was the only woman in the group.

While her husband went ahead, Juliet brought up the rear, guiding their three children and their cattle—sometimes she lost sight of the others, and kept trudging on alone, searching for footsteps in the sand. Because she was at the back, it was Juliet who came upon stragglers too weak to continue. She nursed them and encouraged them, and as one man would later write, ‘It seemed almost impossible that one little woman could do so much.”

The trip kept getting harder and longer. The group spent Christmas in Death Valley—but at least they found a spot with water, even as their food was running out. It wasn’t until February that the weary, starving travelers reached a California settlement. By then, Juliet’s husband, The Rev. Briar, had lost 100 of his 175 pounds.

Author Dorothy Gray said this about Juliet: “Certain it is that Juliet’s religious faith helped sustain her but she had a personal courage and hardihood all her own. Her own physical survival may have been in part attributable to a general female characteristic of superior biological stamina as evidenced in a number of other trail episodes, in which women endured severe deprivation while men died around them. But the spirit she exhibited in keeping her family and trail companions going was beyond biology. In addition, her achievement in bringing the cattle through meant her family would have something of value with which to start life anew upon reaching Los Angeles.”

Indeed, Rev. Brier sold the cattle and bought a half share in a hotel, and soon delivered the first Protestant sermon preached in Los Angeles. Juliet lived a quiet life in California, bearing three more children and outliving her husband and all but one son before her death, just short of her 100th birthday.

But those remembering the ordeals of the ’49ers would not forget Juliet. As writer William Lewis Manley, himself a survivor, wrote about her, “All agreed she was the best man of the party.”

As Gray notes, “From a man of the time and from one like Manly, no praise could be higher. Before anything else on the Western frontier what mattered was survival. Survive she did and with grace and courage.”