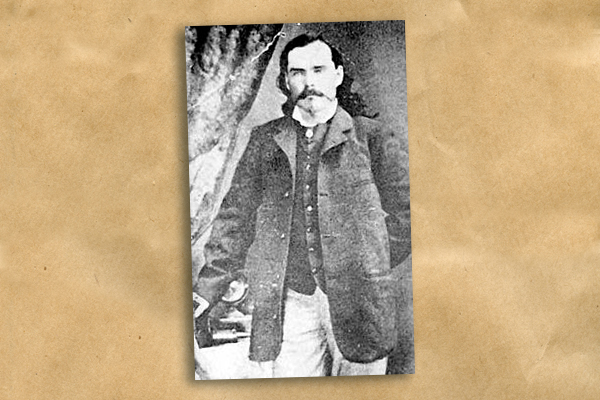 The 1867 Treaty of Medicine Lodge reserved much of the Texas Panhandle as hunting lands for the Indians, however white buffalo hunters ignored the treaty, thus incurring the wrath of the tribes.

At dawn on the morning of June 27th, 1874 several hundred Comanche, Kiowa, Cheyenne warriors led by led by Quanah Parker and Lone Wolf attacked a semi-permanent hunting camp occupied by 28 men and one woman. Among the buffalo hunters in the group was 20-year-old Bat Masterson and a marksman of some renown named Billy Dixon.

Although outnumbered the hunters were packing high-powered Sharps .50 caliber rifles and the thick adobe walls were impervious to the arrows and lower.

On the second day of the battle a group of more than a dozen warriors gathered on a high mesa about a mile from the post.  That’s when Billy Dixon had his named carved forever in western history. From inside the stockade he fired off a round with his “Big Fifty” Sharps that knocked a warrior off his horse nearly a mile away. It was later measured at 1,538 yards. For the remainder of his life Billy claimed his “shot of the century” was just plain luck.

After a three-day siege the Indians withdrew. The hunters lost four men killed and the estimated losses of the warriors were thirteen. The attack led to the Red River War and when it ended in 1875 the Southern Cheyenne, Kiowa and Comanche were defeated. Their dominance of the Southern Plains had ended.