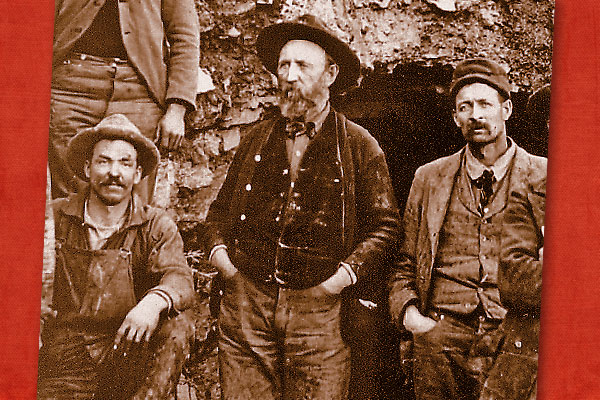 After the young man most people know as Billy the Kid was shot dead—in his stocking feet and not knowing who killed him—dozens of dime novels and unreliable accounts of his life sprang up, quick as garden weeds.

In 1882, a year after he killed the Kid, Sheriff Pat Garrett published his side of the story in The Authentic Life of Billy, the Kid: The Noted Desperado of the Southwest, Whose Deeds of Daring and Blood Made His Name a Terror in New Mexico, Arizona and Northern Mexico. Just the lengthy title and subtitle suggest the windy yarns, misconceptions and myths that were to follow. Partly ghostwritten by Connecticut-born Marshall Ashmun Upson, the book was commissioned by Garrett to help clear up and burnish his own image. What was written became the reality that readers bought into, and the book established the Kid as hero and antihero.

Other books about the Kid came and went, but in the 1920s, he made a dramatic reappearance spawned by the disparity between the rich and the poor of the time. The rediscovery of the outlaw, who will be 21 years old forever, was due to Doubleday’s 1926 publication of The Saga of Billy the Kid, written by Walter Noble Burns, a Chicago journalist. Thin on research, but strong on fable, the Burns book presented the Kid as a Robin Hood figure, a “quixotic, romantic idealist who symbolized a lost pastoral world.”

Burns’s book sold quite well. Once it became the first selection of the Book-of-the-Month Club, it helped make the Kid a mainstay of popular culture for years to come, and beyond to this very day. The biography also inspired more books, films and even a Billy the Kid ballet written by composer Aaron Copland.

To date, almost as many books have been written about the Kid as there are theories and half-baked notions of how he lived and died. It seems a safe wager that many more are yet to come.

One of the 18 books I have written is a biography of the Kid: Billy the Kid: The Endless Ride, published in 2007. It sold well and garnered praise from many folks I respect including Larry McMurtry and Elmore Leonard. Some reviewers declared it to be the “definitive book” about the Kid. I appreciate the praise, but those words make me cringe a bit. Like everyone else, I truly do not believe anyone will write the definitive book about the Kid.

All I know for sure is that however his story is told and whoever does the telling, the Kid lives on. Whether he is described as El Chivato, champion of the oppressed or a satanic psychopath, he remains irrepressible, mysterious and lethal. His ride across our popular imagination will never end.

Here—in no certain order—are five other books definitely worth reading if you want to understand the Kid and his times.

Billy the Kid: A Short and Violent Life (University of Nebraska Press, 1989): Written by Robert M. Utley (a.k.a Old Bison), the long-time chief historian for the National Park Service, this scholarly biography of the Kid hit the trifecta—it is well written, informative and entertaining.  Utley deftly slices away the veneer of legend to reveal the flesh-and-blood young man—a tragic figure who was neither a mythical hero nor a ruthless killer, but a rather ordinary outlaw whose career did not live up to his reputation.

The West of Billy the Kid (University of Oklahoma Press, 1998): In this book, renowned Old West authority Frederick Nolan has pulled together an impressive gallery of photos, drawings and maps that, along with a masterly written text, creates an unforgettable portrait of Billy the Kid and the land where he lived and died—Lincoln County, New Mexico Territory. Nolan may make his home in his native England, but he is unquestionably a man of the American West who has turned out one of the most comprehensive books about the Kid.

The Illustrated Life and Times of Billy the Kid (Tri Star-Boze, 1992): This book made my list not because the author, Bob Boze Bell, is the executive editor of this magazine. It made it strictly on its own merits. After reading it, you will find that it has plenty. Replete with Bell’s own stunning drawings and portraits as well as many vintage photographs and a text peppered with a timetable of the Kid’s life, this book is absolutely factual and accurate and at the same time as cheeky and spirited as the Kid himself. As one reviewer said of it, if all history books were presented like this one, it would revolutionize the way history classes are taught.

To Hell on a Fast Horse (William Morrow, 2010): What author Mark Lee Gardner gives his readers in this well-researched book is a dual portrait of Billy the Kid and his nemesis Pat Garrett. Like the others in this list, this one also proves that a book can be both factual and entertaining, particularly in the way Gardner is able to present a complete documentation of Billy the Kid’s eventual death at the hands of Garrett.

Antrim is My Stepfather’s Name: The Boyhood of Billy the Kid (Arizona Historical Society, 1993): Jerry Weddle did about as good a job (and often better) of stalking the Kid and chronicling his tumultuous life as any writer who has dared to try. I knew the book was going to be worthy of a read when I saw that Robert Utley provided the foreword and that a jacket blurb from Paul Hutton, the respected New Mexico historian, declared that Weddle is a “master researcher and consummate grassroots historian.”  After I read the book, all I could say was “Bravo.”

Michael Wallis is the author of 18 books, including Billy the Kid: The Endless Ride.