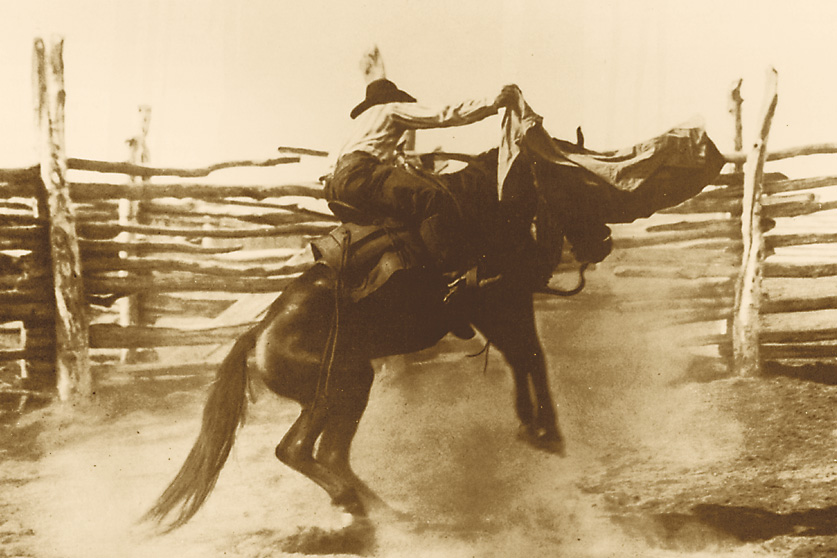 Breaking a colt, what a sorry expression. Just curious, but have you ever thought of “breaking” your child? Kind of a sick deal if we use the term breaking in that context, ain’t it?

I grew up breaking things. If it wasn’t a horse, it was a pickup or shovel handle or about anything else I came in contact with.

When I got a little older, I started paying for what I broke, and I started paying for my ignorance with the pain that breaking a colt brings with it. When you get into a breaking contest with an animal that out weighs you 10-to-1, the thing most often getting broken is your anatomy. Over time I’ve learned there isn’t much difference between horses and humans. We humans would much rather be shown a little consideration and reward for an effort instead of having something shoved down our gullets.

I’ve heard that we have “defining moments.” My first one came when I was training a horse for someone, and nothing I was showing him seemed to be soaking in. After a couple of months, we were both at our wits’ end. Then one morning, I saddled him more out of habit than hope and while walking him around the arena, trying to figure out something that might work, I began wondering how I would act if I were in his shoes? Well hell! It hit me like a shovel between the eyes. If some butthead was treating me the way I was treating this guy, I would be acting as bad as he was or worse.

I surrendered right then and there to the fact that my two NFR qualifications did not a horseman make. I couldn’t buy a good horse; I had to train one. All I had to work with was some newfound humility and an idea that a horse would respond to the same things I would. So I took that and ran with it, and to my amazement, the end result immediately improved.

I’ve learned many things since then,  but one thing is crystal clear: breaking a horse hasn’t got a damn thing to do with horse-manship. Breaking implies breaking a horse’s spirit, his will or his resistance. Unfortunately, it also means breaking his “try.” In my opinion, a horse without try is not worth throwing a leg over.

Nowadays I look at a colt the same as I look at a child. Getting the correct answer really isn’t that important. The fact that the horse or kid is trying, making an effort, damn sure is.

I wish I could tell you the strong-willed bay gelding I was riding when I had this insight went on to do great things, but I can’t. I have no idea what became of him after I sent him home. I can tell you this, however,  each of us turned the other’s world around. He improved more in the next two weeks than he had in the previous two months. And me . . . well, if I were forced to stick a pin on the moment of the birth of my horsemanship, that was it.

I had finally figured out just how stupid I was, and it took my getting to that point for me to be open to change. Thankfully, at that time in my life I happened to be on a horse that had enough try not to give in to my ignorance, and enough try to make me search for the right way instead of the easy way.

I like to think he spent the rest of his days being pampered by some little 100-pound gal who brushed him till he shined and fed him apples and loved him all of his days. Now that I think about it, I’m convinced that’s what happened.