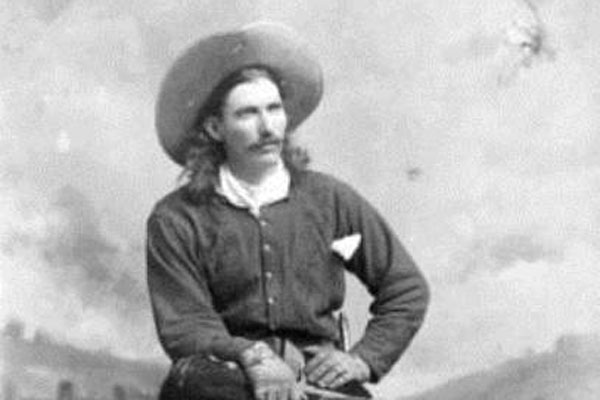 The original ‘King of the Cowboys” was literally tall in the saddle. In an age when the average cowboy was five feet eight inches William Levi Taylor stood six feet four.

Taylor was a real Texas cowboy. He was born in Fredericksburg in 1857. His father was killed in the Civil War and at the age of fourteen he hired out as a cowhand eventually working his way up to Nebraska where he met Buffalo Bill Cody.

Cody had created heroes out Indians, the cavalry and all the rest. The only western figure left was the cowboy. At the time the term “cowboy” was derogatory and associated with outlaws or the less-than-glamorous task of cleaning screwworms out of some injured cow or dragging her out of a bog hole.

Buffalo Bill decided to upgrade the image. He created a biography where Buck was a “brave orphan boy from Texas” who grew up with great hardships. He was incorruptible and was always fighting on the side of good; a giant of a man, yet good to his mother, humble and he liked kids. Cody billed him as the “King of the Cowboys.”

Prentice Ingraham wrote several dime novels about Buck Taylor turning him into a national hero and nobody was more surprised than Cody himself.