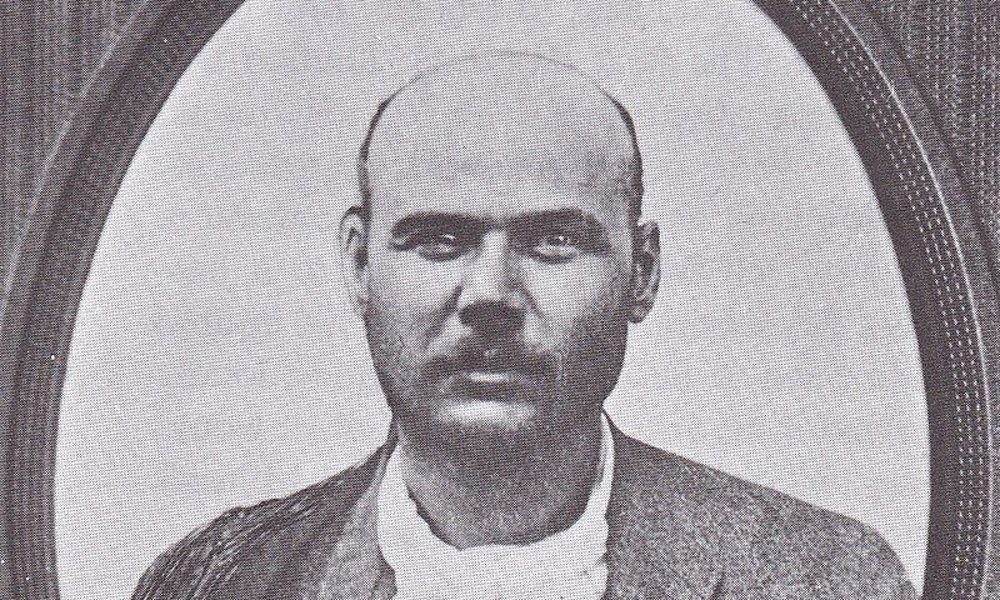 Burt Alvord was not the sharpest knife in the drawer, his IQ numbers would pretty much match his waist size. The hobbies included practical jokes, beer, poker, horses and guns. He worked for a time as a deputy for Cochise County Sheriff John Slaughter who claimed he didn’t know the meaning of the word fear. Slaughter also said he checked Burt’s school records and he didn’t know the meaning of a lot of other words too.

During the late 1890s Burt was serving as constable of the town of Willcox during which he planned and staged a train robbery on the Southern Pacific. Burt’s plan was use his job as a lawman to screen his moonlighting as leader of a gang of train robbers. The plan included his drinking cronies, Billy Stiles, Matt Burts and Bill Downing. His alibi was cleverly planned. The four would be playing poker in the back room at Schwertner’s Saloon when the robbery occurred.

On the night of the robbery the boys were sitting in the back room of the saloon playing poker. Every few minutes a porter would carry a round of drinks into the room and emerge with a tray of empty glasses and announce to the local imbibers that Burt and the boys were having a serious game of poker behind those closed doors and didn’t want to be disturbed.

Meanwhile, Burt and his friends exited a side window, mounted their horses and vanished into the night. They robbed the train, stashed the loot and re-entered the back room of the saloon through the side window.

Meanwhile the engineer backed the train into Willcox and gave the alarm. Someone suggested they alert the town marshal, who was playing poker at Schwertner’s Saloon.

Burt was noticeably shocked when told of the robbery. “Great Scott” he shouted pointing at his three fellow robbers, “I need volunteers for a posse, you, you, and you.”

Announcing to all within earshot, Burt declared, “We’ve got to run down those nefarious skalawag’s,” and the posse rode off into the night.

Next morning they arrived back into town wearing claiming they’d lost the trail. There were a few eyebrows raised and rumors floating around town. Some of those rumors pointed to the constable as the ringleader. Burt tried to defuse on the gossip by claiming everyone knew he was too dumb to pull off such a clever caper.

Burt was feeling pretty good about himself. For now it looked like he’d planned and executed the perfect crime. In all the annals of train robberies in the Old West it was the only time the robbers and the posse that chased them were one and the same.

The Burt Alvord Gang would attempt one more robbery, on February 15, 1900 at the train station in Fairbank. They didn’t figure on the famous ex-Texas Ranger Jeff Milton riding shotgun in the Wells Fargo Express car. Milton peppered Bravo Juan Yoas in the seat of the pants with a load of buckshot and the other mortally wounded Three-Finger Jack Dunlap. Before he went on to his great reward, Jack fingered the rest of the gang and the boys all wound up behind bars.

But that’s a story for another time.