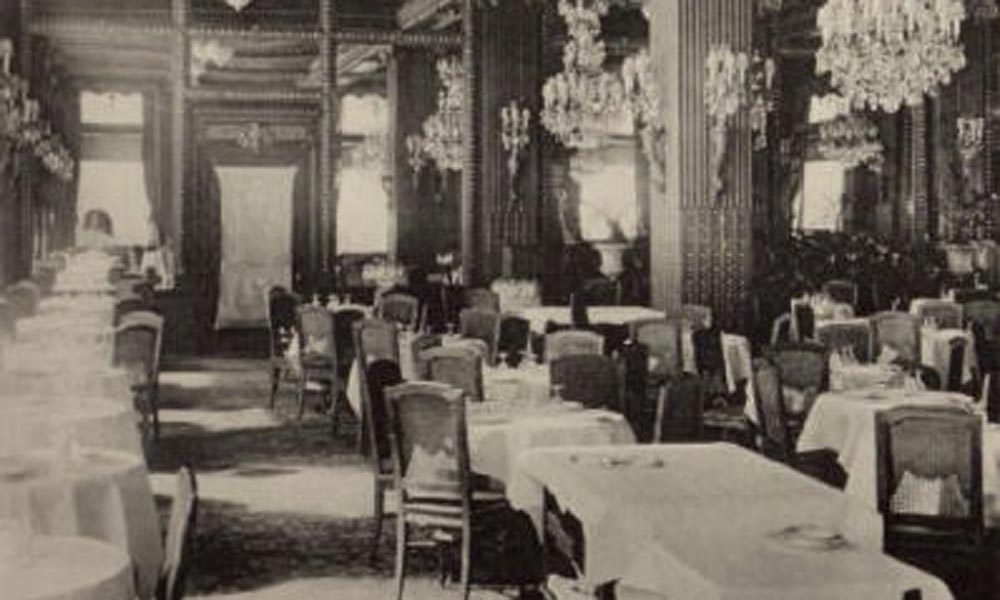 If you asked miners what they ate as they dug for the silver and gold and copper of Arizona Territory, they’d shrug and say: “The usual 3-B’s: beans, bacon and bread.” But ask the same question of the mining towns that grew up to support the digs and you’d find a far different answer.

Like the Tombstone Epitaph’s 1880s ad for the Can Can Restaurant: “Game as wild as a tornado, chicken as tender as a maiden’s heart, ice cream as delicious as a day in June, dessert that would charm the soul of a South Sea Islander and smiles as bright as the morning sun will be found at the Can Can today.”

Similar brags could be found in Prescott, Jerome, Bisbee and Globe. Folks in these new communities liked to eat, and not just what was found nearby, but by exotic foods, like oysters from Baltimore and delicacies from San Francisco.

Of course, if you wanted to cook at home, there were plenty of recipes to help. Like “Spanish Tongue”–cook tongue until tender, peel and simmer in a sauce of one can tomatoes, chopping onion, chopped green chili and salt.

Or the recipe for a “Spotted Dog,” or raisin cake: Cream together ½ cup butter, 1 cup sugar and two egg yokes. Add teaspoon lemon flavoring and 1 cup milk or water. Mix well. Pour into sifted 1½ cup flour and 2 teaspoons baking powder. Drop ½ cup raisin into the flour before mixing so they don’t sink. Whip egg whites and fold in. Bake till straw comes out clean. “This cake is good with our without frosting.”

Wouldn’t those miners guarding their claims have killed for a slice of Spotted Dog.