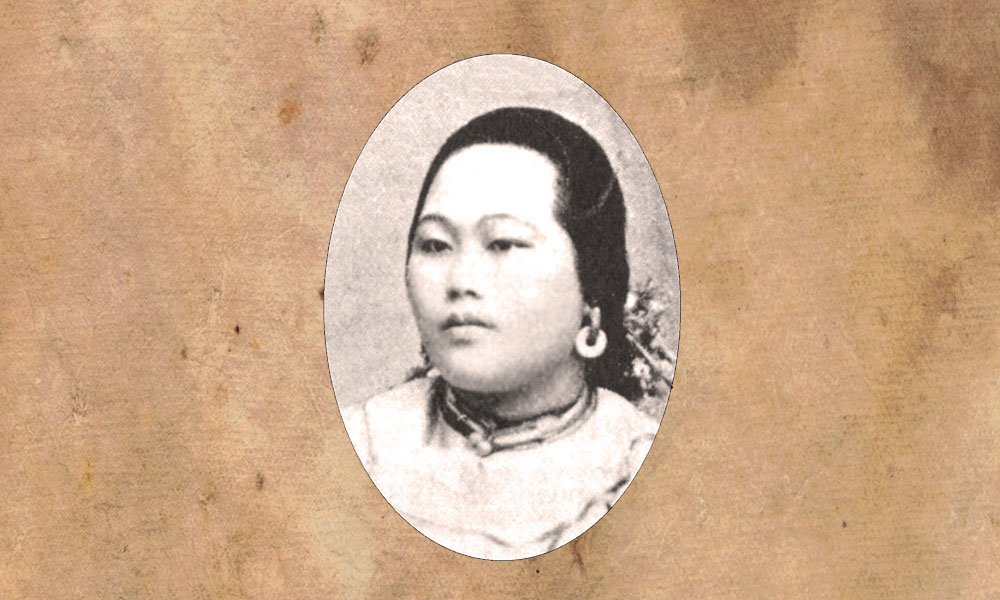 The first Chinese arrived in Arizona in the mid-1870s just prior to the arrival of the Southern Pacific Railroad.

During the 1880s, Tombstone had a population of about 500 Chinese. The best-known was a lady named Sing Choy better known as China Mary. The Chinese often adopted white names such as Mary or John. An astute businesswoman, she became the absolute ruler or “godfather” to the Chinese community. She ran a store, controlled opium dens and gambling, and secured jobs for Chinese laborers in the white community. She guaranteed their reliability and honesty. Her warranty was “them steal, me pay.” She collected their wages and always took a “commission.” She controlled all the Chinese prostitution and opium trade in town. She also supplied hops to the soiled doves in the red light district. In spite of some of her questionable business dealings China Mary was respected and well-liked by the denizens of Tombstone

China Mary was married to Ah Lum, co-owner of the famous Can Can Restaurant. She usually wore brocaded silks and large amounts of Asian jade jewelry. She was also influential among whites and people of other nationalities.  Her word was as good as that of a judge or banker. The whites, who preferred Chinese domestic labor, soon learned that Mary was resourceful in finding the best workers. She guaranteed their honesty and workmanship. Her warranty was “Them steal, me pay!” All work was done to the employer’s satisfaction or it would be redone for free. Payments, however, were made to China Mary – not to the employee. She always made sure she got her commission.

China Mary managed a well-stocked general store where she dealt in both American and Chinese goods. White men and Asians were both allowed to play in the gambling hall behind her store but they had to abide her rules. China Mary seems to have been an astute investor too; she was involved in a number of businesses, including several hand laundries and a restaurant owned by Sam Sing. Mary was also a money lender and she used her own judgment to determine borrower’s credibility.

China Mary is also remembered as a generous lady who helped those in need of money or medical care. No sick, injured, or hungry person was ever turned away from her door. She once took a cowboy with a broken leg to the Grand Central boarding house and paid the medical bills until.

When Mary died of heart failure in 1906, the town folks had a large turnout for her service. She was buried in Tombstone’s Boothill Cemetery.