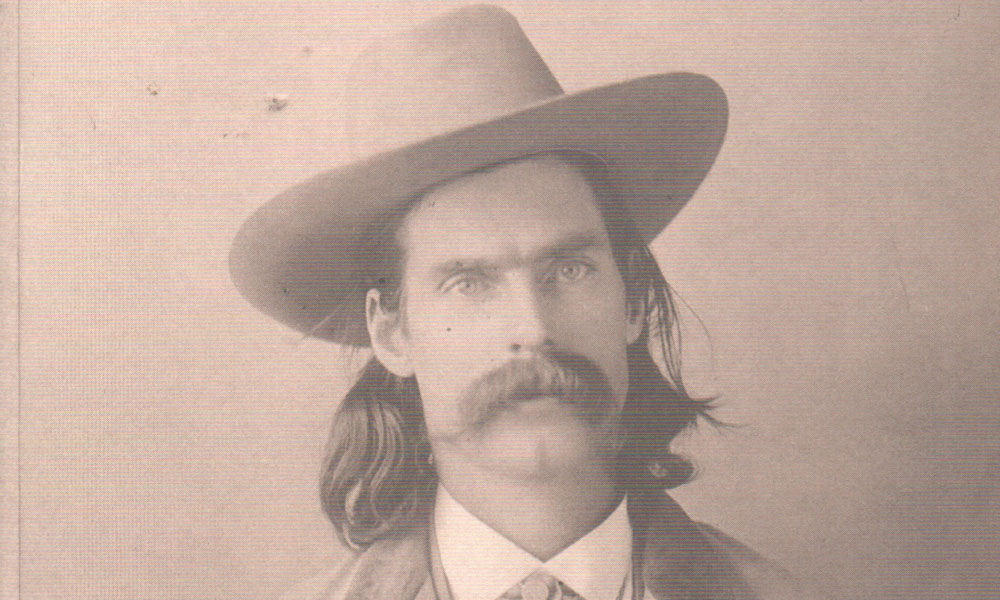 The law couldn’t keep cattle rustler Rufus Nephew aka Climax Jim in jail for long. He’d just made bail was out riding when he spied a small bunch of cattle belonging to the Chiricahua Cattle Company. There were no CCC cowhands in sight Rufus thought to himself it would be a neighborly gesture if he drove the little herd along a ways until he found the owner or a roundup then he would turn them over to their proper owners. And if he didn’t come across anyone he would just keep driving them on to New Mexico. Thus the Star-Bar-Circle Cattle Company was born. He was president, board of directors, superintendent, range boss, wrangler and roundup cook, all rolled into one.

Meanwhile down south, the range boss of the CCC missed his little band of cows and followed the trail. He notified the sheriff of Apache County to intercept the usual suspect, Rufus and throw him in the Springerville jail.

There are other versions to the story of how he managed to give lawmen the slip but this one’s my favorite. After his arraignment, officers decided he needed a bath so they armed him with a large horse brush and a bar of soap and pointed him towards a nearby horse trough. He was about to climb in when he spied a good-looking horse tied to a hitching post.

In a flash (no pun intended) he mounted up and galloped out of Springerville and Eagar making his escape into the mountains.

The legendary Lady Godiva made her storied ride through Coventry in the nude but ol’ Rufus outdid the lovely lady by riding in the buff through two towns.