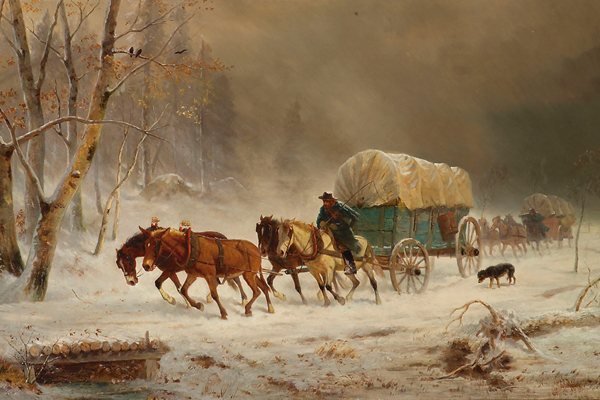 Not every item offered for sale attracts prospective buyers. Sometimes, a notice of sale awakens the sleuth in people.

Richard Johnston, a photographer for the Nevada Department of Transportation in Carson City, happened upon such a notice for a Utah document connected to the Wild Bunch, led by Butch Cassidy.

Johnston was positive he had seen the same document while conducting research on outlaws at the Utah State Archives in 1976. Doubting that archivists had sold the letter, he called up officials in Salt Lake City and confirmed that the letter was missing from the archival files.

A microfiche copy of the letter, dated 1981, was in the file, as well as other documentation confirming ownership. When Las Vegas, Nevada-based Gallery of History was contacted about the letter, on sale last spring for $5,999, the auction house immediately returned it to the Utah Archives and took the financial loss. Senior Vice President Garrett Williams says the company acquired the letter in 1985 from a now-defunct Connecticut company.

The stolen letter was written by Wild Bunch member Willard E. Christiansen (a.k.a. Matt Warner) to Gov. Heber M. Wells on March 1, 1900. The governor had written to Christiansen for assistance in tracking down outlaws. This two-page letter was Christiansen’s response that he was ready to help out. The correspon-dence helps document a turning point for the former outlaw who would eventually become a justice of peace and hold several positions in law enforcement.

Daniel Buck, an expert on Butch Cassidy and the Wild Bunch, heard about the document’s return to its rightful place and praised Johnston. “The hero of this story is Nevada history buff Rich Johnston—a man with a superior memory—who spotted the letter in an auction catalogue and remembered having seen it in the Utah state archives 30 years earlier.” Buck adds that the story is “a cautionary tale for state archivists. Please watch your treasures more carefully.”

Yet, most sales at auction are on the up-and-up. And 2005 was quite a year for auction houses selling Western-related collectibles. What follows are some of the top lots of 2005 from various auction houses … including quite a few record-breaking sales.