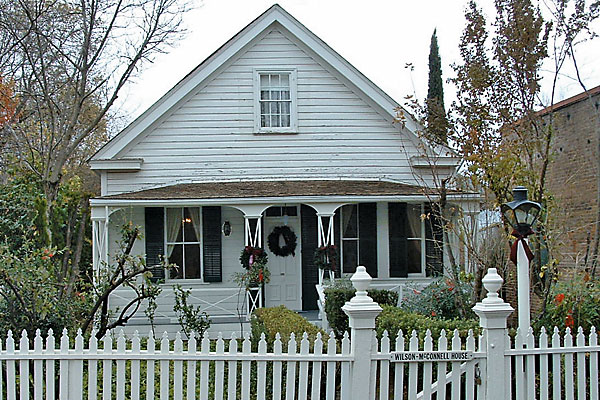 Hildreth’s Diggings was a tent and shanty town housing the thousands of miners attracted to today’s Columbia after Dr. Thaddeus Hildreth, his brother George and some other prospectors discovered gold there on March 27, 1850. By 1860, much of the placer gold had been mined. The town’s population soon dipped to 500, but it continued to survive and was finally preserved as a California state park in 1945. In the Sierra Foothills (three miles north of Sonora), Columbia is a well-kept secret and a destination for 400,000 tourists who happen upon her annually.

What’s the latest gossip? Governor Arnold Schwarzenegger may come visit and make Columbia the capital for the day.

Good Cowboy Bar: Of three remaining historical saloons, the best one, established 1855, with great food and drinks to wet a dusty throat, is the What Cheer Saloon (22768 Main St.).

Best Spot to View Wildlife: The foothills of the Sierra Mountains offer fox, possum, skunks, wild cats, ’coons and mule deers that wander the town in the evening.

What historic site do most of the schoolchildren visit? The town itself; its 20-plus static displays make it a virtual open-air museum—including two actual museums: Town Museum and Native Sons of the Golden West Museum.

Do-Not-Miss Attraction: Diggins 1852 is a living history event celebrating this early Gold Rush camp. Diggins 1852 is usually held the first weekend in June; this year, it’s held on May 29-June 1.

Old West Attraction: The entire town, known as the “Gem of the Southern Mines,” where more than 100 Old West movies and TV shows were filmed.

Popular Local Event: The best Fourth of July can be experienced at Columbia, featuring Old West fashion and fun.

Best Time of Year: Spring! A “false spring” may lead to a snow-filled March. Then there are wild flowers and cool spring days.

Who knows Columbia’s history best? Jim Miller, a talented artist who hangs out in the carpenter shop and is also a Columbia history expert (and re-enactor). Jim doesn’t mind answering the casual questions about Columbia’s history and Gold Rush lore in general.

Who’s the person in Columbia everyone knows? Our honorary Mayor Bobby Carr.

Best-Kept Secret: Columbia charges no admission or parking fees. The town is discovered daily by folk who live in the state and say, “I didn’t even know this was here.”

Preservation Project: The Wilson/McConnell House, where Gary Cooper asks where Harry Morgan is in 1952’s High Noon. The town has high hopes that the Friends of the Film Commission will turn the house into a tribute to all the Western movies made in Columbia.

Special thanks to Floyd Oydegaard, owner of Columbia Booksellers & Stationers, for sharing his love of the town with us.