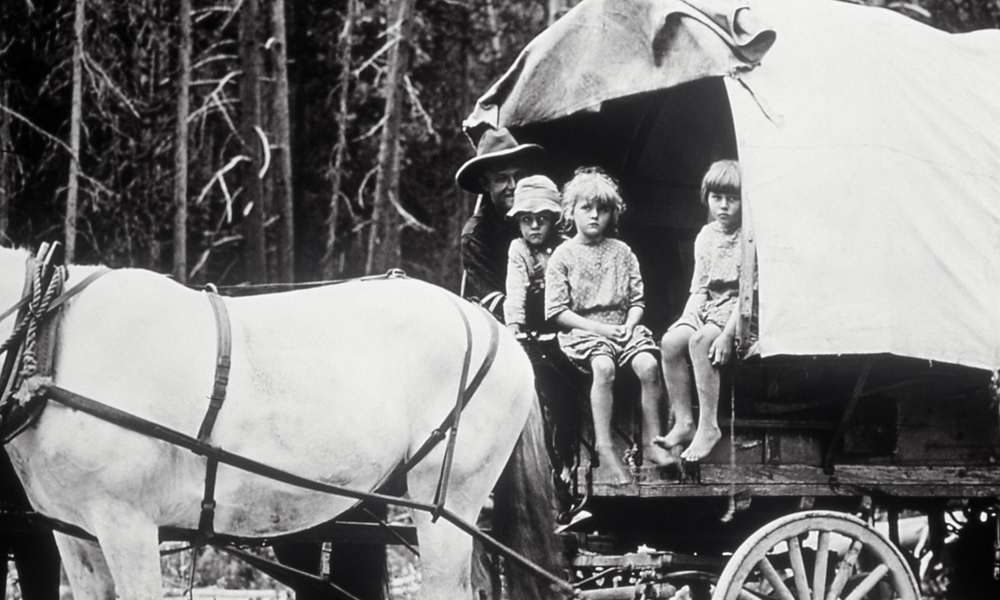 Westerners were known for their compassion especially to women and children especially in those isolated mining camps where women and children were seldom seen. During the California Gold Rush a story was told of an evening in a crowded theater when a baby began crying while the performer was belting out a tune.

A grizzled old man stood up and hushed the singer saying, “Stop! We want to hear the baby.”

Another lonely old prospector encountered a young mother and baby on a sidewalk in Placerville. He politely asked the woman if he could hold the baby for a moment. After some hesitation she handed him the infant. He held it close for a moment and with tears streaming down his cheeks gently gave it back. Then he reached in his pocket and pulled out his poke sack of gold nuggets and put it in the baby’s blanket.

There were also swindlers and con men who weren’t above taking advantage of those westerners’ generosity and compassion. A poor impoverished couple dressed in rags land driving a broken down wagon pulled by a pair of worn out mules rolled into Dodge City one day.

The father explained they had no clothes to wear or food to eat and their baby had just died in its mother’s arms. The woman, looking pale and wan, was holding the dead baby wrapped in a blanket.

The sympathetic townspeople took up a collection, raising enough money for a coffin and burial, clothes and food with considerable cash left over.

After the couple buried their baby in the local cemetery they thanked the folks for their kindness and left town. Later that night they crept back into town, dug up the baby, which was made of wax and headed to the next town in search of more generous, kind-hearted citizens.