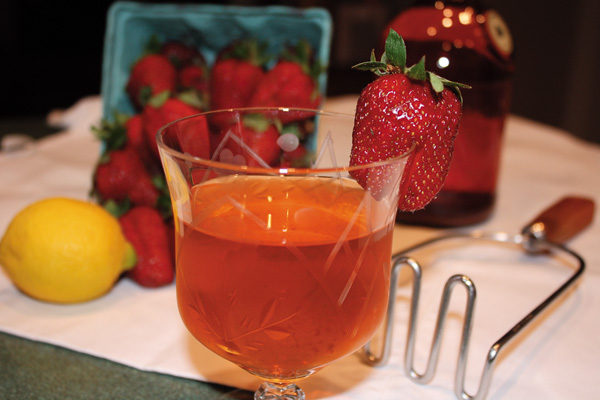 “At Healdsburg, the first county fair, we received a silver butter knife for the best butter,” recalled Mrs. Eliza Gregson, who had arrived in California’s Sonoma County in 1848.

County fairs began as a way for local farmers and ranchers to show off their prized animals, agriculture and the products made from both.

The best were awarded prizes and blue ribbons in categories such as shooting, dry goods, artwork, needlework and furniture. New technology items, like sewing machines, washing machines and a variety of farm equipment, often made their debut at these fairs.

Starting off as exhibitions of fine stock, fruits and grains, county fairs often expanded, like in the case of Los Angeles, which added orange shows, flower festivals and finally a fiesta. “We lined the streets with palms and decked the buildings with the orange, red and green banners, and played and paraded for a week in April, the peak of spring. We saw our red-shirted firemen with their flower-garlanded, shining engines, drawn by those wisest of animals, the fire horses; bands played, Spanish cavaliers and senoritas appeared again in our midst, marvelous floats vied for first prize—gay days,” recalled Sarah Hathaway Bixby-Smith, who moved to nearby Claremont in 1889.

Sporting events included baseball in some locales, such as Dakota City, Iowa. In July 1874, The Sioux City Daily Journal reported Dakota City beating the Ponca ball club. The winner of the three-game series was to compete at the Woodbury County Fair.

Equestrian events for men and women were also popular at county fairs, and they attracted their fair share of crooked folks. E.G. Palmer of Corsicana, Texas, advertised his services, “The book-making privilege for five days good racing at the Navarro county fair,” in The Dallas Morning News. In town for that same fair in 1888, George B. Simpson, who had just arrived from Louisiana with his family, was arrested for swindling. I wonder if they knew each other.…

Some fruit growers and gardeners of Council Bluffs, Iowa, fought to beat the criminals at their own game. In 1890, these locals would only allow the Pottawattamie County Fair to go forward if gambling was outlawed. “The sentiment of the grangers, as expressed by one of their number, was that they were tired of having their boys go to the fair with $10 or $20 to be robbed by skin games,” reported Omaha’s World-Herald.

Food, of course, was the beating heart of county fairs. Preserving and baking were big competitive events. Texas’s Washington County Fair included entries such as best butter, vinegars, pickles, cakes, pies, various preserves, honey and assorted breads. In some counties, prizes were given for the best wine, gin and cocktails.  Entries included fruit wines and wines made with honey called metheglin or mead.

You may not win a blue ribbon for making your own strawberry wine, but you may earn the smiles of those who drink some wine fashioned from the shared 1890 recipe