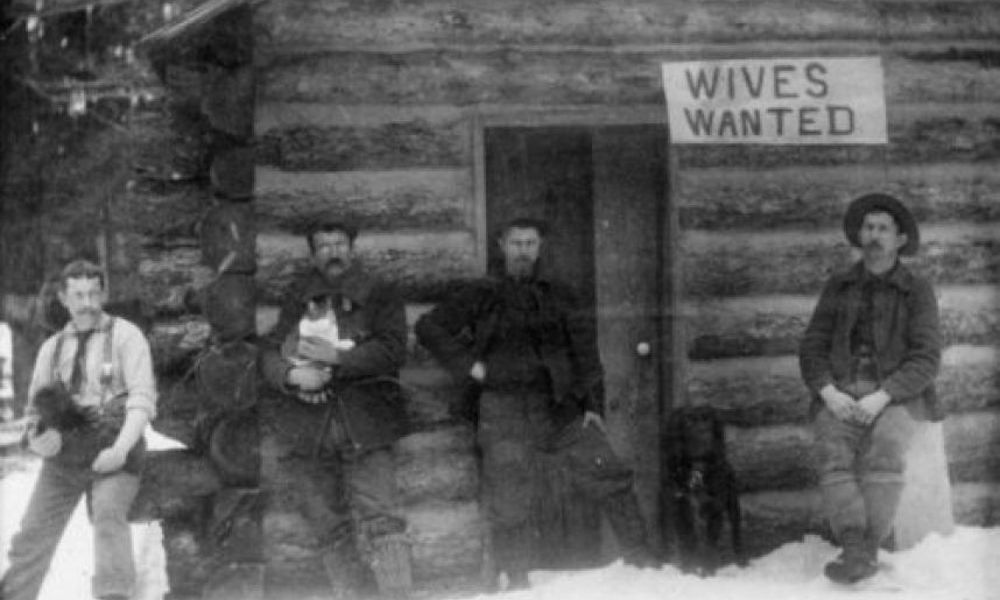 One might say Asa Mercer was a “marriage arranger.” In 1861 he became a founding father and first president of the University of Washington. He was from New England and noticed a severe shortage of marriageable women in Seattle. So he went back to Lowell, Massachusetts and recruited eleven women to accompany him to Seattle. At the time the Civil War was in progress and New England had been stripped of its eligible bachelors. Mercer saw the opportunity to bring young women west to work as teachers and increase the number of single women to a territory made up chiefly of bachelors.

The first group of “Mercer Girls” arrived in the Washington Territory on May 16th, 1864. Their ages ranged from Annie Mae Adams, age sixteen to Thirty-five-year-old Lizzie Ordway. Most were in their twenties. When they passed through San Francisco on their way to Seattle locals tried their best to convince them to remain in the City by the Bay.

Two years later, on January 16th, 1866. Mercer departed with fewer than one hundred young women. These were dubbed “Mercer’s Belles.” He’d planned on bringing a thousand due to some bad publicity, most likely because the war was over and the soldiers were coming home.  Mercer did, however manage to find love himself among his belles and settled down.
Women were always an attractive curiosity. The few unattached and presumably virtuous women who came west had easy pickings if they wanted to marry. Widows seldom stayed widows for long. One man noted in his diary a “Mr. Apperson was married to a Mrs. Bondurant.  He is a widower of about four months and she a widow of some six weeks.”  And a newly arrived Canadian told of a woman who buried her husband one day and married the chief mourner the next afternoon.

Some matrimony women did not leave matters to chance but spelled out their intentions and requirements in newspaper notices.  One such advertisement read:

These are a few of the solid branches; now for the ornamental. ‘Long time ago she went as far as syntax, read Murray’s Geography, and through two rules in Pike’s Grammar and could find six states on the Atlas, could read, and you see she can write. Can—no could—paint roses, butterflies, ships etc, but now she can paint houses, whitewash fences and etc.

Now For Her Terms: Her age is none of your business.  She is neither handsome nor a fright, yet fan old man need not apply, nor any who have not a little more education than she has, and a great deal more gold, for there must be $20,000 settled on her before she will bind herself to perform all the above.”

At least the prospective suitor knew he what he was getting into.

These stalwart ladies earned the respect of the men of the

West. By 1914 all the states from the Rockies west had granted women’s suffrage.  East of the Rockies, only Kansas had granted Women the right to vote.