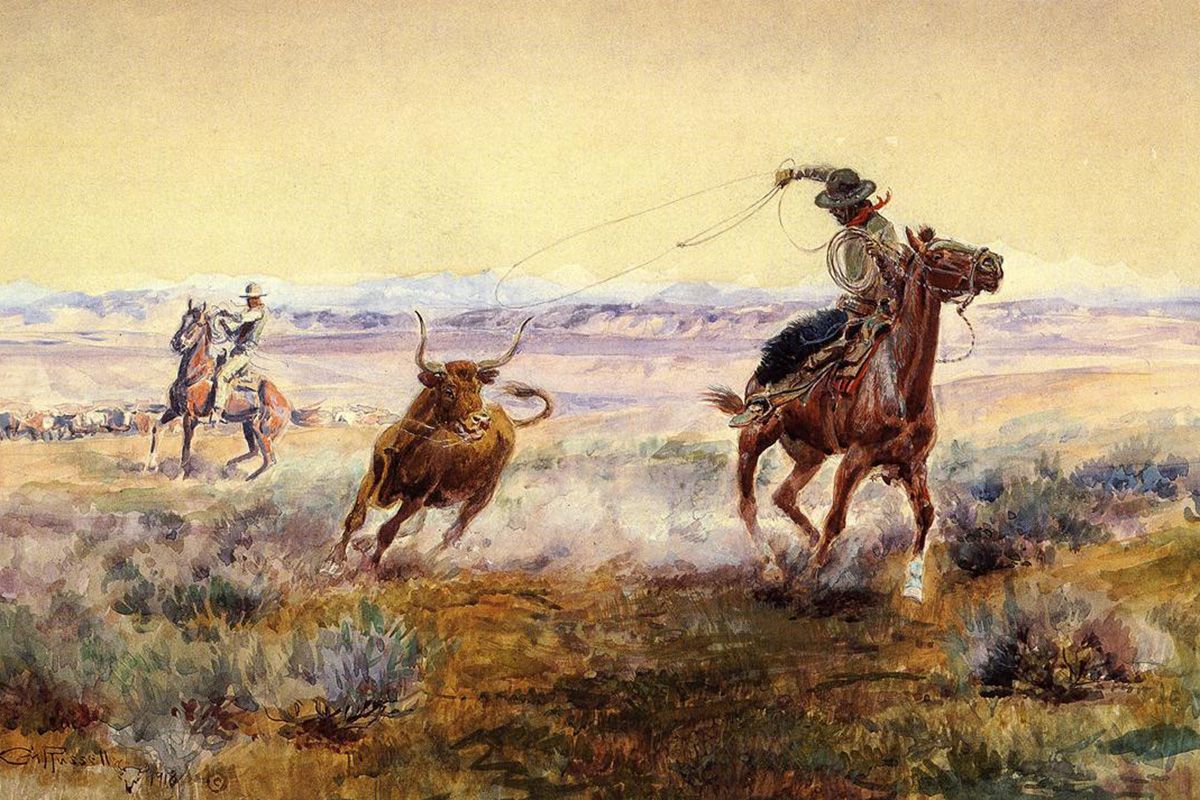 Cowboys then and now considered roping as the feature that separated real cowhands from gunsels. Even today a cowboy won’t stay with an outfit long if it doesn’t provide him an opportunity to use their ropes.

At one time or another each cow a loop tossed around their neck and their hind legs “heeled” and drug to a branding fire. A rope enabled a 150-lb man to throw a thousand-pound cow. The length of a rope varied.

The Spanish and later Mexican vaqueros preferred to use a braided rawhide la reata, which was later corrupted into the English, lariat. Those reatas, as long as 110 feet, enabled them to take their dally from a running steer from sixty feet. Dally comes from the Spanish dar la vuelta or to “take a turn” around the saddle horn. A word to the wise: Do not let a thumb or finger get caught between the horn and the rope when the slack comes out of the rope or you might lose it.

Those vaqueros were among the best ropers in the world. One told me the reason they needed a longer reata was to allow a little slack and let the steer run until he tires. If you took up the slack too quickly it might snap then its long-gone cow and reata.

The Texas cowboys came up with a “hard and fast” style roping where one end of the rope was anchored to the horn. That way when the loop found its target the horse put on the skids and the cowboy had to jump off and flank it, then tie him down.

A drawback to hard and fast roping was if the cowhand had more steer on the other end than he reckoned the critter might run off with his rope and his saddle. Years ago I recorded a song about a hard and fast roper named “Windy Bill” who experienced such an incident.

The old time cowhand used shorter ropes made from hemp or cotton. The “maguey” or grass rope made from the fibers of the agave or century plant, the “manila,” made from manila fiber and the “seago” were also popular. It was a maritime rope or “seagoing”
hence the name.