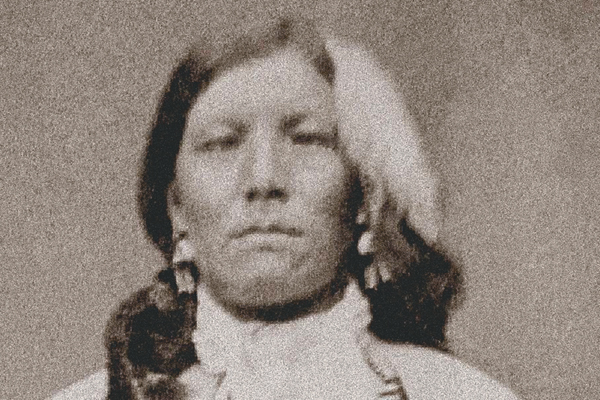 After his victory at Washita, a buckskin-clad Lt. Col. George Armstrong Custer felt undaunted in his role of frontier Indian fighter.

The Seventh Cavalry’s charging call of “Garryowen,” however, would soon become a northward death march for Custer and his men. The Irish ballad speaks well of the general’s rash overconfidence: “Our hearts so stout have got us fame / For soon ’tis known from whence we came / Where’er we go they fear the name / of Garryowen in glory.”

And no place knows the disastrous battle that wrote Custer’s name in the history books as does the Custer Battlefield Museum in Garryowen, Montana—the only town within the site of the Battle of the Little Bighorn.

For a century, the June 25, 1876, battle of the Sioux and Cheyennes against the Seventh Cavalry was known as Custer’s Last Stand. It began at Garryowen, where visitors can pay homage to the Tomb of the Unknown Soldier, the site of one of the first Seventh Cavalry casualties.

If you don’t know the Custer battlefield sites, a 45-minute documentary prefaces your historical journey through the Custer Battlefield Museum. Among its screenings of history films, the new media wing also offers lectures on the Little Bighorn battle, the Great Plains Wars and the Crow Indian Reservation.

The museum’s exhibits include a lock of Yellow Hair’s hair, the Kerr revolver of his younger brother, Capt. Tom W. Custer, and a collection of cavalry spurs and boot soles. Recent additions to the museum’s artifacts include Sitting Bull’s death mask, Little Wolf’s battle-worn war bonnet and a complete Crow Parade saddle. The museum also showcases the worldwide traveling exhibit of over 100 D.F. Barry photographs, which include the Boy General himself, Annie Oakley, Buffalo Bill and Sioux Chief Red Cloud.

But the man whose photo was said never to have been taken surrounds the museum’s most controversial exhibit. This quarter tintype shouldn’t exist, according to the Sioux chief’s biographer, Mari Sandoz, who wrote in 1942 that “there was never a photograph taken or a likeness made from first hand witness of Crazy Horse.”

The first owner of the tintype was Baptiste “Little Bat” Garnier, who was married to Crazy Horse’s cousin and supposedly persuaded the chief to sit for a portrait. Frontier photographer James Hamilton captured images of Indian chiefs at Camp Robinson in Nebraska, where Crazy Horse and his band surrendered on May 6, 1877.

Donovin Sprague, a history instructor at South Dakota’s Black Hills State University, says the tintype taken by Hamilton is actually of Chief No Neck, who surrendered with Crazy Horse. Mike Donahue, an art professor at Texas’ Temple College, compared photos of the two chiefs at the museum’s request, and he believes the tintype is not of No Neck.

Others say it cannot be of Crazy Horse because No Water, whose wife had run off with the fierce warrior, shot him in the face and the photo shows no evidence of a facial scar. Sandoz wrote that No Water used a small caliber gun, filled with a half load of powder, and that the bullet “made a small wound near the left nostril, traveled along the upper jawbone above the roots of the teeth and exited out the cheek.”

The tintype shows the left cheek drooping slightly. The skin is whitened from an old scar below the left nostril to the corner of the mouth. Given that the photo was taken over 10 years after the shooting, the wound would have aged. And the man is wearing short, shell earrings, the type often worn by Crazy Horse.

But is the tintype really him? Come to the museum and judge for yourself. After all, Crazy Horse was one of many warriors who overpowered Custer’s men. And this face may have been among the last Custer ever glimpsed.