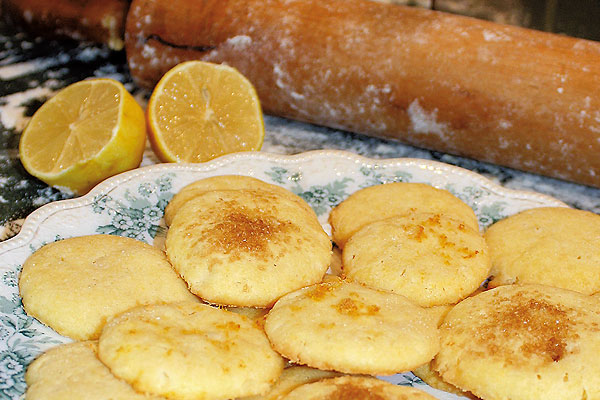 Who knew a kitchen gadget, wielded by an angry wife, could cure a drunken husband? Businessman Francis Murphy of Omaha, Nebraska, “received” the cure in 1890.

“A well-known prosperous business man, when he was a clerk, commenced the habit of going home drunk. He turned a deaf ear to the entreaties of wife and friends,” reported the Evening World-Herald. “Finally patience ceased to be a virtue. The outraged wife seized a rolling pin, beat him over the head and no doubt would have killed him if it had not been for the neighbors attracted to the screams of the children.”

His wife nursed him back to health, but also advised she wouldn’t tolerate his drinking anymore and she’d shoot him if he didn’t quit. He did.

Even without having to deal with unruly family members, cooking back in the day was no easy task. Let’s take a look at some gadgets the pioneers used. Besides the butter churn, coffee grinder and cast iron stove, what else made a frontier housewife’s job a little easier?

So many preparations went into making a meal that cooks had a gadget for just about everything. Homemade bread needed a bread slicer. Chopped ice required a mallet. Spices needed to be ground with a mortar and pestle. Coffee had to be roasted and ground.

Stoves had one side for burning wood, while the other was used as an oven. The surface was used as a stovetop. Victorian cooks also had to regulate the heat for the oven and stovetop, hence the terms in old cookbooks, like bake in a slow, moderate or hot oven.

The white sugar she used would have come in a cone or loaf. She would trim off her sugar with a sugar nipper or a hatchet, pound it and then sift it through a fine sieve, as stated by Isabella Beeton, author of 1865’s The Book of Household Management.

Next, she had to prepare the butter for the cookies, which she churned from fresh milk that set in pans until the cream rose to the top. She skimmed the cream off the top and put it into a churn. After stirring the cream for a while, butter curds formed and floated in the cream, which was buttermilk. She strained the mixture, then salted the butter curds and shaped them into balls or squares with the butter paddles.

While you don’t have to nip sugar, churn butter or stoke up the oven, you can still sample these yummy Victorian treats!

Grating peel of one lemon

Beat all the ingredients until blended. Chill dough for at least two hours.

Roll dough to a quarter-inch of thickness.

Bake on a cookie sheet at 350 degrees until light brown—about 10 minutes.

Sift the flour twice in a large bowl; remove one-third cup. Sift the soda, cream of tartar and salt into the flour. Cut in the shortening and then add the milk. Stir just until incorporated. Roll on a floured surface and cut into biscuits. Melt 1 T. butter into each pan and add the biscuits. Turn them over to coat with butter. Bake at 375 degrees for 10-15 minutes or until golden.