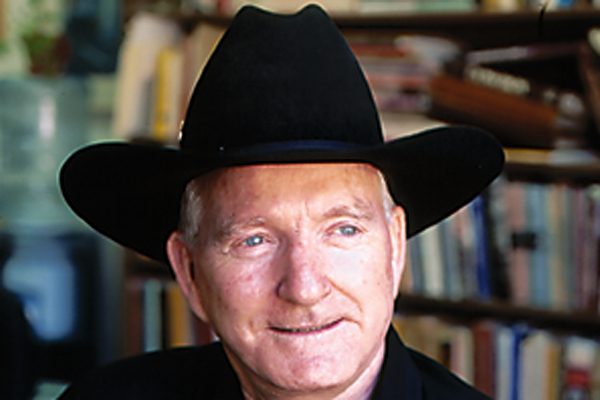 Do you know the story about a Texas cattle rancher who killed a rustler and tied him to a steer?

You must be talking about John Calhoun Pinkney Higgins of Lampasas County, Texas. In 1874, Higgins caught cow thief Zeke Terrell butchering one of his cows. He dropped Terrell with his Winchester, then disemboweled the cow and stuffed the rustler’s corpse inside. Higgins then rode into town and informed the law where they could find a miracle taking place—a cow giving birth to a man.