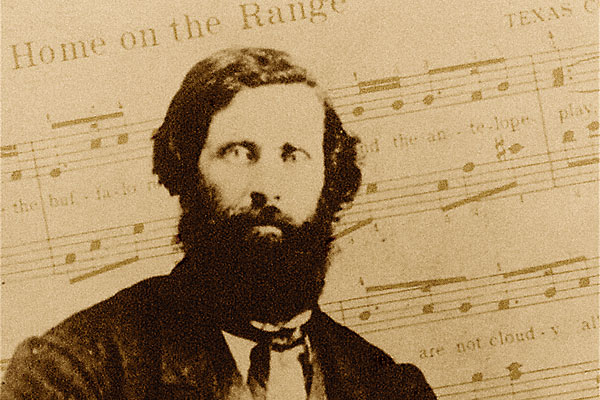 American Western lore has spawned many stereotypical depictions of men and women in various professions ranging from sheriffs to prostitutes to men of medicine.

None is more poignant than the sometimes humorous and always pitiful image of the hard drinking medical or dental practitioner.

The first, an early cinematic depiction of the consumptive, explosive and erratically trusty friend of Wyatt Earp, was played by Victor Mature (portrayed as a surgeon) in John Ford’s 1946 production My Darling Clementine. The second, my favorite characterization of Holliday, goes to Val Kilmer in the 1993 movie Tombstone. Each character illustrates the consistent impairment of temper, intellectual faculties and judgment that occurred while “Doc” was drunk. Both enactments, however, demonstrate a man who was able to circumvent, at least temporarily, his medical disability and addiction to booze.

My third example is Thomas Mitchell, who played Doc Boone in John Ford’s 1939 epic film Stagecoach. Mitchell was so convincing in this role of the often impaired, but miraculously functional “sawbones” that he won an Oscar for Best Supporting Actor in this role. How Kilmer missed an Oscar for his remarkably realistic performance of both a drunk and a man dying of tuberculosis remains a mystery to me.

Commenting on the drinking habits of frontier doctors, David Dary noted in his fascinating 2008 tome Frontier Medicine: “Because of their often long hours, fatigue, and hardships in treating patients in scattered areas, many physicians drank. Some reportedly had a glass of whiskey to relax and steady their nerves before starting an operation.”

In his book, Dary described a real-life, allegedly alcoholic physician named Dr. Brewster Higley. A native of Ohio, Dr. Higley homesteaded in Kansas in 1871 or 1872. Before Kansas, Dary notes that Dr. Higley “…was driven to the bottle by the loss of his first three wives to illness or injury.” After a failed fourth marriage, he “again took to drink, left his wife and headed west.” Taking a fifth wife, Dr. Higley ended up practicing medicine in Gaylord, Kansas, located on the North Fork of the Solomon River, not far from the Nebraska border.

Dary notes that Dr. Higley also “played the violin and wrote poetry.” From his dugout, the doctor wrote some lines to capture his feelings about his new home, titling the composition, “My Western Home.”

Allegedly, Dr. Higley placed the poem in a book and forgot about it until “Trube” Reese of Smith Center, Kansas, brought Dr. Higley a gunshot victim for treatment. While waiting for Higley, Reese discovered the poem, liked it and encouraged the doctor to have it printed in the newspaper. After the poem was published in the Smith County Pioneer in 1873, listing Higley as the author, Dr. Higley requested that a musician friend of his, Dan Kelley, put the words to music. Dary states “In time, [the song] became highly popular across the nation under the title ‘Home on the Range.’” Little would Dr. Higley or Mr. Kelley have dreamed that this wonderful frontier tune was destined to become the Kansas state song on June 30, 1947.

Dr. Higley has great relevance to me, personally. Since the late 1870s, my son-in-law Ethan’s relatives have been ranchers and farmers in Smith County, Kansas, not far from the cabin Higley built on the banks of West Beaver Creek in 1875. In fact, the creek runs through the family property.

I was unable, satisfactorily, to confirm Dary’s claims of Dr. Higley’s inebriety; but if it is true, Dr. Higley may just be the Old West’s most important (but not most famous)alcoholic medicine man.