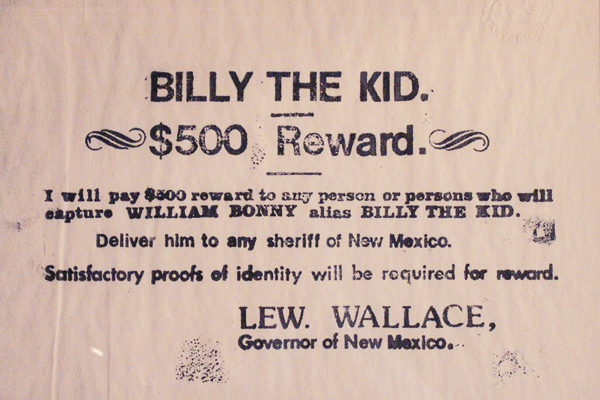 It’s a pretty stunning statement, and Warren Anderson hopes the impact of it sinks in real fast. The historical document dealer who owns America West Archives in Cedar City, Utah, is determined to expose the proliferation of Western fakes, forgeries and frauds. “We’re trying to shut the doors on these forgers,” he says. “I can’t police this by myself—it’s really getting bad.”

His concerns are shared by dealers and collectors all over the country.

“Western collections have risen incredibly so there’s lots of money to be made,” notes attorney and collector John Boessenecker
of San Francisco, California. “Besides, the popularity of eBay has made it so much easier to pass off phonies.”

Historian Drew Gomber of the Hubbard Museum in New Mexico says he’s been astonished at the audacity of some who have passed off the most suspicious of things as “real.”

Brian Lebel, who operates one of the nation’s largest and most respected auctions, the Old West Show and Auction in Cody, Wyoming, says the problem of fakes is “getting worse,” and it’s hurting a lot of people. “I’m very passionate because it’s ruining our business—people get burned and then don’t buy another item because they’re afraid they’ll be taken.”

Alston Neal, owner of the Old Territorial Shop in Scottsdale, Arizona, says part of the problem is being duped, the other part is being a dope.

“I have an ongoing fight with a friend who keeps buying this fake s***,” he says. “There are people who want to believe—it’s the romance of the Old West that they want.”

But strip away the romance and it’s still a crime. Creating, marketing or selling fake documents is fraud, and those who knowingly do it can end up in prison. Anderson says he hopes the FBI gets involved in the investigations because he thinks Western fakes are the hottest new crime in the country.  And he says he can provide lots of help:

“In the month of June alone, I was asked to authenticate and appraise a number of Old West autographs. Among them were seven Wyatt Earp signatures, four Kit Carson signatures, two Bob Ford signatures, a Jesse James, a John Wesley Hardin and a handwritten document related to Mormon Church Founder Joseph Smith. All were forgeries. It’s like someone has opened the floodgates with this garbage.”

True West experts helped us sort through some of the garbage and provided warning signs and obvious clues about Old West fakes. Here’s some red flags:

• Perhaps the largest single fake sale was $50,000 for a Wyatt Earp signature several years ago that was really the signature of Josie Earp, who often signed her husband’s name. Handwriting experts have gone to elaborate means to study Earp signatures so they can tell the difference between his and hers.

• Sitting Bull Rubber Stamps are a hot item now, but they never existed in Sitting Bull’s Day—a forger created them.

• “Clipped signatures” on old paper are not that hard to produce or obtain—be careful if it’s just the signature and not an entire document.

• The Calamity Jane “Diary” that showed up in the 1940s—passed off by a retired school teacher who claimed she was the daughter of Jane and Wild Bill Hickok—was a fake because Jane was illiterate and couldn’t write. She signed her documents with an “X.”

• If there’s a genuine Billy the Kid wanted poster out there, nobody’s yet seen it, but tons of fakes are making the rounds. Collectors say several years ago at a New Mexico show, someone with an old printing press printed novelty wanted posters for $50. Our experts believe those posters, made up for fun, are now being passed off as the real thing. (One wanted poster sold for $11,000 a few years ago.) The Billy the Kid Outlaw Gang offers an 81?2-by-11-inch wanted poster that duplicates the exact wording of a “wanted”?newspaper ad taken out by New Mexico Territorial Gov. Lew Wallace. You can have one for $5, or if you order 10 or more, they’re $2.50 each.

• Badges with sexy names like Tombstone or Dodge City are probably phony, our dealers say.

• Beware of “a souvenir pebble from Jesse James’ grave,” which may be found at some Western shows. It’s fake.

• “Honest John” Gangel of Little John’s Los Angeles auction house—who earned his title by cancelling a lucrative sale when the signatures he thought were authentic were proved fake—advises not to buy documents unless you have the ink authenticated.  He says he won’t consider selling a document again without a notarized ink examination.

• Don’t think you’re getting the real thing if you buy a Doc Holliday business card for his dentistry practice in the Dodge House. Doc never had such a business card.