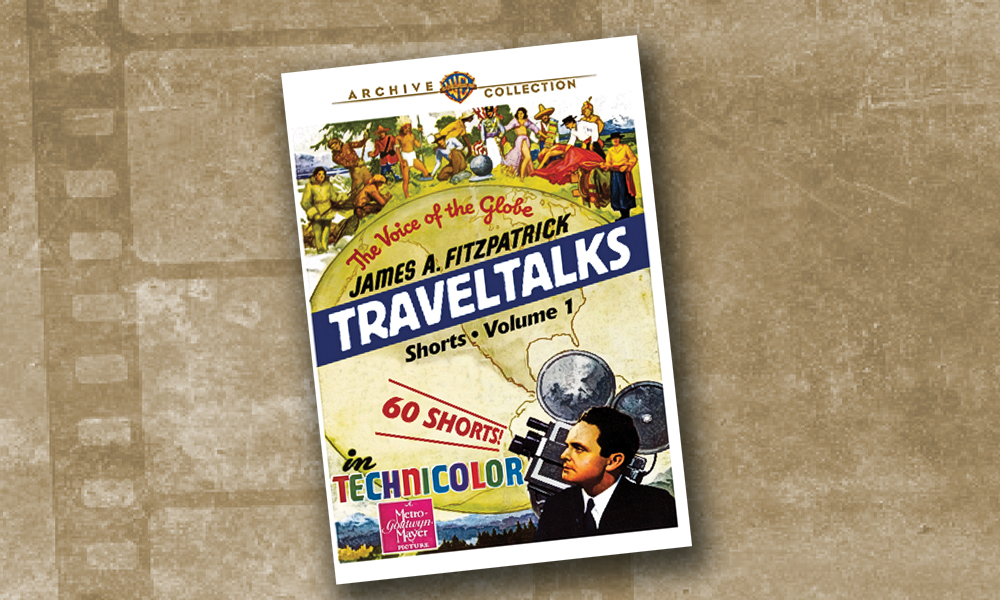 Nothing whisks a person away from his troubles more than a color-drenched visit to the far corners of the nation and the globe.

During the Great Depression, when many Americans lived out their lives never leaving their home state, no less their country, travelogues helped folks escape reality.

Nobody made the travel documentary better than James A. FitzPatrick, who produced more than 200 of the films for MGM throughout the 1930s-50s. Warner Archive has selected 60 of the best films for Traveltalks: Volume 1.

Each short is a historical moment frozen in time, when our soon-to-be enemies like Japan were still quaint and when Paris was untouched by Adolf Hitler’s occupation. Many of the topics are of particular interest to Old West history aficionados, including “Rainbow Canyon,” “Los Angeles: Wonder City of the West,” “Yellowstone Park: Nature’s Playground,” “Old New Mexico,” “Motoring in Mexico,” “Through the Colorado Rockies,” “Along the Cactus Trail” and “City of Brigham Young.”

My favorite of the journeys opened my eyes to worlds I could not visit today. “Cavalcade of San Francisco” offers a film record of the legendary Cavalcade of
the Golden West, from the 1939-1940 Golden Gate International Exposition. “Red Men on Parade”—no fear of political incorrectness then!—is a gorgeously filmed intertribal meeting in New Mexico. And “A Day in Death Valley” features a visit to Scotty’s Castle, with “Death Valley Scotty” himself, as well as a trip to a Borax mining operation converted to a resort.

These stunningly beautiful Technicolor films capture many then-unspoiled spots out West and beyond before “progress” ruined them. After you trek through this engrossing and informative time capsule of the 20th century, keep your eye out for more Traveltalk volumes!