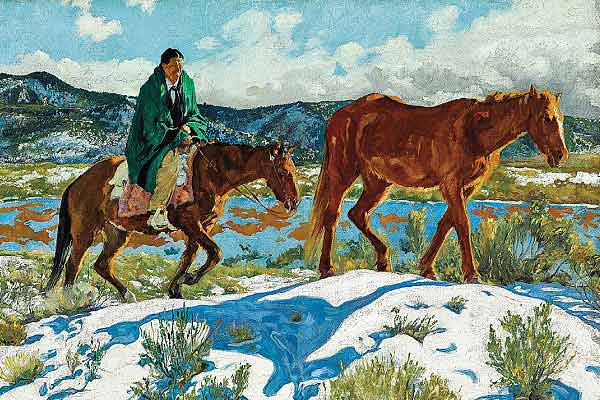 When Warren A. Ferris set off in the employ of the American Fur Company to explore the Rocky Mountains in 1830, he was accompanied by “some thirty men, mostly Canadians,” he wrote in his diary.

“Each has some plausible excuse for joining, and the aggregate of disinterest-edness would delight the most ghostly saint in the Roman calendar,” he wrote. “Engage for money! no, not they; health, and the strong desire of seeing strange lands, of beholding nature in the savage grandeur of her primeval state,—these are the only arguments that could have persuaded such independent and high-minded young fellows to adventure with the American Fur Company in a trip to the mountain wilds of the great west. But they are active, vigorous, resolute, daring, and such are the kind of men the service requires.”

In that American frontier wilderness, such courageous wanderers never knew what they were going to encounter. Whether they were setting out on famous trails like the Oregon Trail or blazing new pathways, life was an adventure on those meandering routes that spelled out hope and a better life for some and disaster and death for others.

The tales left behind by these hardy emigrants have inspired countless artworks, leaving behind endless rides for us to enjoy and appreciate. Some of the best art auction houses in the country ended the year with a bang with their sales of these awe-inspiring artworks. The top-bidding paintings are shared here.