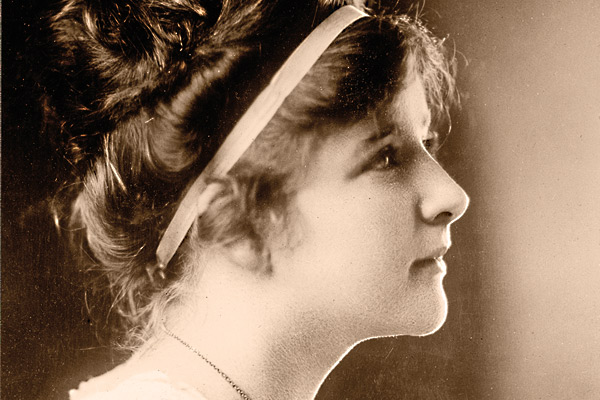 A century ago, the 17-year-old daughter of an ambitious Prescott, Arizona, pharmacist had traveled over three days and 2,400 miles to New York to represent her youthful state as the chosen christener of the USS Arizona.

Fifty thousand or more gathered under bright skies at the Brooklyn Navy Yard on June 19, 1915, to cheer on young Esther Ross, just three years after Arizona had become the 48th state.

Gov. George W.P. Hunt had chosen Esther to represent the state from her father William’s nomination. Unbeknownst to all, his choice would fatefully change the innocent Prescott girl’s life. She had been born two years before the famous July 14, 1900, fire that consumed most of the downtown business district, including Whiskey Row. Prescott, founded in 1864, was the Yavapai County seat, former territorial capital, and during Esther’s childhood, a mining-ranching-merchant community on the rise, up from 1,779 citizens in 1890 to nearly 5,100 by 1910.

No one could have known on that bright Saturday morning in 1915 what lay beyond the maritime horizon for the great ship and its crews, some not yet born. Back in Arizona, the Mexican Revolution raged across the border, keeping the troops at Fort Huachuca alert, while most of the territorial forts across the state, including Prescott’s Fort Whipple, were on the wane or had been decommissioned. In Yavapai County, copper and cattle were king, with transcontinental railroads shipping the beeves and processed ore east and west to feed and fuel the industrial revolution.

The USS Arizona had two christening bottles—ignoring maritime tradition to satisfy the Arizona temperance movement. The first bottle was champagne and the second contained water collected after the March 18, 1911, completion of Arizona’s Theodore Roosevelt Dam. As Esther pulled back the ropes and swung them toward the ship as it slid from its holding blocks into the harbor, she shouted, “I christen thee Arizona!” The champagne bottle broke; the bottle of Arizona water did not. It was the one and only time two bottles were used to christen a Navy ship.

Esther returned to Prescott until she married and moved to California. When asked about the Arizona’s christening, Esther said, “I thought it would be over when I got home, that it would just be an episode in my life and people would forget about my role. Instead, it has followed me throughout my life.…” Esther Ross Hoggan died on August 12, 1979, at the age of 81.

Tom Augherton is an Arizona-based freelance writer. To learn more about Esther Ross’s Prescott, and the USS Arizona, he recommends Sharlot Hall Museum (Sharlot.org) and the Arizona Capitol Museum (AZLibrary.com