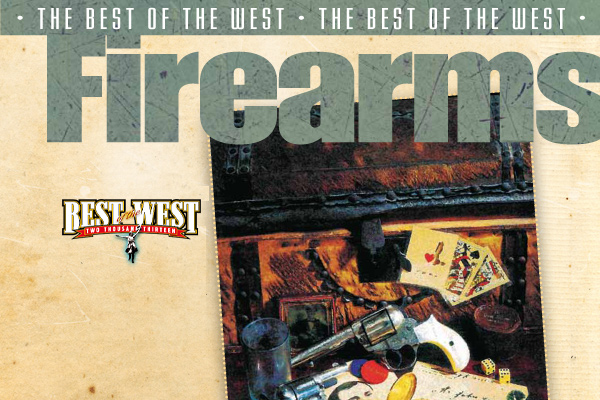 “We’ve long held a fascination for the gunmen of the Wild West, and firearms enthusiasts have been especially interested in the hardware used by them,” wrote Phil Spangenberger, as he introduced our readers to the firearms owned or used by notorious desperado John Wesley Hardin.

After the publication of “Hardin’s Deadly Tools” in our April 2012 issue, we heard from Miguel Corona, the associate producer of an upcoming Hardin biopic, which will be shot in Texas this spring. “We are going for complete authenticity,” he said, assuring us all the correct pieces presented in Spangenberger’s article are in the inventory. Larry Zeug and his wife, Linda, wrote the screenplay and are the film’s executive producers. Larry, who has been a weapon’s specialist for over 50 years and appeared in 1993’s Tombstone, will be supplying the period firearms and gunleather for the film.

Before you know it, you may have the chance to see examples of Hardin’s firearms on the silver screen, such as the .41 Colt “Thunderer,” the .38 Colt “Lightning,” the 12-gauge W.C. Scott & Son English shotgun, the Smith &  Wesson .44-40 Frontier Double Action and  more deadly tools.

Variety is the spice of life, and I’ve flavored my Shooting from the Hip column with the old and the new by sharing both our firearms heritage and the latest in Western firearms today.

Last year, I devoted a half-dozen articles to the guns of the Old West, with offerings such as Remington’s frontier big-bore six-guns (July), Winchester’s 1866 “Yellowboy” lever rifle (June), the 12 guns that tamed Arizona (February) and John Wesley Hardin’s deadly firearms (April), the last of which, I’m pleased to say, is being used by a motion picture company to correctly arm its Wes Hardin actor for an upcoming film.

Shooting from the Hip is an apt title for my column since I often find that some new or particularly interesting firearm, like Lyman’s Mini Sharps (August) or Uberti’s “El Patrón” revolver (October), or a firearms event, such as the Autry National Center’s colorful exhibit on the Colt Revolver in the American West (September), will cause me to reload my pen and hip shoot off a column in order to provide timely coverage.

No matter if I’m delving into the old or new, each month I get to share my passion of the West with friends all over—including some I haven’t even met yet!

Another reason I enjoy writing for True West is the magazine affords me the opportunity to share period photos with readers. As one who has collected and studied these vintage images for decades, I love to share some of my own, along with those from fellow collectors.

In 2013, we promise to have a wagonload of interesting articles on the original and replica guns and gear of the Old West. So fasten your gunbelt and tighten that cinch, ’cause we’re going to take you on one heck of a ride! —Phil Spangenberger