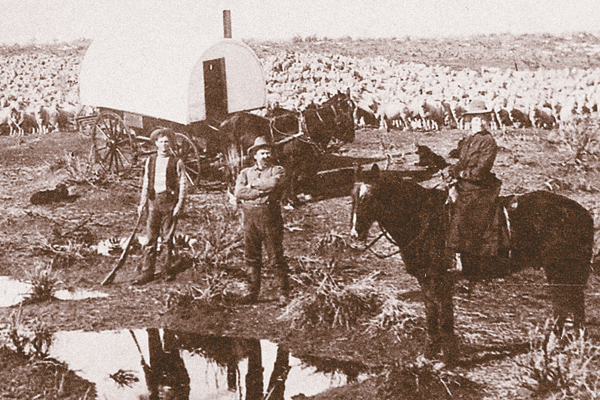 At the turn of the 20th century, Oregon presented opportunities that gripped its culturally diverse newcomers.

Upon seeing the soft rolling plains and deep golden rimrock canyons, these emigrants likely felt “a readiness for a meadowlark, / that brinkmanship a dawn can carry for lucky people / all through the day,” as the late Oregon poet laureate William Stafford depicted the pioneers.

The Four Rivers Cultural Center & Museum, located near the Snake River in Ontario, Oregon, is named for the four rivers that converge in the Western Treasure Valley—the Snake, Malheur, Owyhee and Payette Rivers (part of the 2,000-mile string of rivers that emigrants followed from Missouri to Oregon along the Oregon Trail).

Weaving a tapestry of Ontario’s settlers, the museum introduces the original settlers, the Northern Paiutes, who held summer en-campments among Ontario’s thunder eggs, jasper and sunstone, gathered piñon nuts in the fall and headed to winter quarters in Nevada.

The museum then features the settlers who irrigated and farmed Eastern Oregon’s broad plains—Mexican vaqueros, whose horse-manship and cattle wrangling talents brought buckaroo culture to the region.

The discovery of gold in the early 1860s drew miners to the Four Corners country, and they were soon followed by solitary Basque sheepherders and Scottish Highlanders.

After their release from WWII internment camps, many Japanese-Americans stayed on to work at area farms. The museum is currently raising funds for a memorial to these greatly wronged citizens—a Japanese garden, which is estimated to cost $1.5 million and is scheduled to be completed in 2005.

In 1878, five years before the Oregon Short Line Railroad opened up new agricultural markets for settlers, the Bannock and Paiute tribes waged war in Southeastern Oregon. After the war, bands of Paiutes were removed from the Malheur Reservation to the Yakima, Umatilla and Warm Springs Reservations—a journey included in the museum’s permanent exhibit.

One notable Paiute, Sarah Winnemucca, traveled to Washington, D.C. to fight for her tribesmen’s rights, but her pleas fell on deaf ears. In 1883, she traded her oral arguments for the written word, chronicling the Paiutes’ ordeal at the hands of corrupt Indian agents in Life Among the Piutes: Their Wrongs and Claims. This tribal history not only attempted to interpret the white and Paiute cultures to each other, but also marked Winnemucca as the first female Native American author.

Her story is included among the many highlighted at Four Rivers—from Mexican vaquero Juan Redon to Japanese-American laborer Henry Hashitani.

Other permanent exhibits showcase the valley’s irrigation history and the modern settlers in Eastern Oregon and nearby Western Idaho, a fitting end to a museum devoted to the area’s settlement. As part of a cultural center, the seven-year-old museum also offers visitors access to its performing arts theatre, conference center and gift shop.

This year’s special museum exhibits include: Water in the West, a photography exhibit held through the end of March; pastels and watercolors of flora and fauna from Ontario to the Oregon Coast by M. Frances Stillwell, held through the end of March; and the Kam Chung exhibit, which tells the story of Chinese miners in the early 1900s, held this summer.