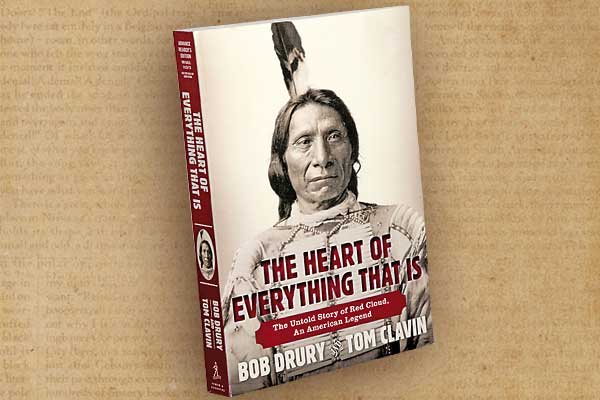 Bob Drury and Tom Clavin’s The Heart of Everything That Is: The Untold Story of Red Cloud, an American Legend is a biography long overdue.

“Red Cloud,” read The New York Times obituary for the great Sioux warrior, in 1909, “rose step by step to be the chief of the greatest, most warlike and most savage tribe of American Indians.”

Born in 1821, he was the sole Indian leader to win a war against the U.S. Army. He was so prestigious that the government invited him to Washington, D.C. in 1870.

In 1903, Red Cloud declared that the Oglala had been “free as the winds, and like the eagle, heard no man’s commands.” Such words could have served as his epitaph.

That Red Cloud is not as famous as Crazy Horse, his protégé, is in large part because his autobiography was lost for a century. Its reappearance, along with this volume, completes Red Cloud’s story.