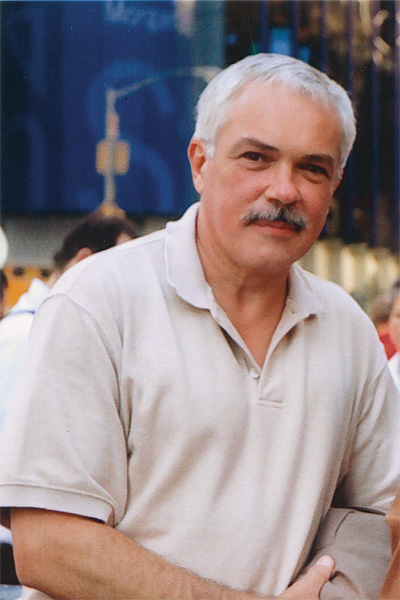 This retired New York City fireman became a hero himself when he stood at Ground Zero on 9.11 and helped victims of the terrorist attacks of the World Trade Center Towers.

But William Groneman III has for 30 years been fascinated by another American Hero: David Crockett. “I can look on the real Crockett as a hero—the common man who made good, captured the imagination of a country, and ultimately sacrificed his life,” he wrote in a 2002 article in Roundup magazine, published by Western Writers of America.

Groneman’s books, Defense of a Legend and Eyewitness at the Alamo, were both accounts of the Alamo. His newest title, David Crockett: Hero of the Common Man in the American Heroes series being published by Forge Books, takes a broader view of Crockett from his boyhood to his death, concentrating on his years as a Tennessee politician and particularly his efforts to pass land legislation that would benefit his constituents.

TW: Your biography of David Crockett devotes only limited space to him as a family man. Are there many documents that deal with that aspect of his life?

WG: There are a number of letters from him to his children still in existence, as well as references to him by his children in later documents and newspaper interviews. He does not go into great detail about his children in his autobiography, but he seemed to have stayed in touch with them, as a father would, even when he was far from home.

TW: Did he prefer “Going ahead,” rather than sitting at home, operating a farm?

WG: Yes, but he has received a bad rap for that, too. Crockett was often away from home—searching for better land and a better life for his family; hunting for food; serving in the military; working as a Tennessee state legislator or as a United States Congressman. A wanderlust and the pull of the road had been instilled in him early on when he left home at the age of 12 to work, driving cattle and hauling freight. Anyway, if Crockett had spent 30 years doing nothing but planting and harvesting corn, and then died nose-down in a plowed field, we wouldn’t be talking about him right now.

TW: What attracted you to research and write about the Alamo?

WG: The many books written on the subject, and the fact that they all seemed to tell a slightly different story. I wanted to find out why some books stressed or omitted certain aspects that others did not.

Groneman admits to “stirring up a hornet’s nest” regarding Crockett’s death. When a “diary” by Mexican Lt. Jose Enrique de la Peña surfaced and was accepted as a factual account of the death—indeed the execution—of Crockett at the Alamo, Groneman dared to question its authenticity, angering academic writers and others in the world of Crockettmania.

WG: I have had some criticism by some academic writers, and this on only a very small aspect of the Alamo story, concerning the death of David Crockett. Actually, it is even more focused than that. The controversy arose over an alleged “diary” of a Mexican officer describing Crockett’s execution after the battle. A little over 10 years ago, I studied this “dairy” and its history, and came to the conclusion that the document appeared to be a fake—not because it said anything derogatory about Crockett, because it doesn’t—but because it exhibits many of the characteristics of historical fakes (some of the scenes look as if they had been cobbled together from a number of other sources, giving the “diary” the look of a researched document, rather than a spontaneous eyewitness account). That launched the brouhaha that waxes and wanes but continues to this day. I tampered with a system that I really did not understand. It had nothing to do with the authenticity of documents or the accuracy of history. I messed with a system that involved university collections, rich people, reputations, donations to universities, not to mention the whole antiquarian buying and selling community. The reaction to my questioning was: “My god! What if everyone starts questioning all of our documents?” Also, although it was never spoken, I get the feeling that there was an underlying attitude of “How dare this blue-collar commoner question something after we have passed approval on it?”

TW: What book are you working on now?

WG: I’m 80,000 words into a novel about the New York City Fire Department.