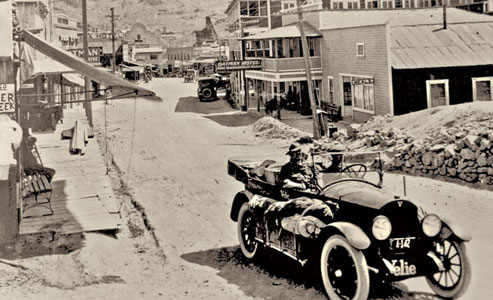 It is the stuff of dreams. It is an icon of epic proportions that lures travelers from throughout the world to come experience American life as it once was and to seek the roadside ghosts from an era when Studebakers still rolled from the factory in South Bend.

The old highway is more than a 2,291-mile (according to a 1936 map) ribbon of asphalt lined with dusty remnants, ghostly vestiges and polished gems manifesting more than 80 years of American societal evolution. Along Route 66, from Chicago to the shores of the Pacific Ocean at Santa Monica in California, whispering breezes carry the voices of ghosts from the Civil War that blend with those of French explorers, American Indians, Spanish conquistadors and pioneers fulfilling a young nation’s Manifest Destiny.

To drive Route 66 is to follow the path of a new nation on its journey of westward expansion. The signs bearing the double six mark the path of an American highway that is but a modern incarnation of the Pontiac Trail, the Osage Trail and the old Federal Wire Road; the Beale Wagon Road and the El Camino Real; the National Old Trails Highway; and the Santa Fe Trail.

This long and colorful history makes the ghost towns along Route 66 unique because they are ghosts of the modern era with roots that reach to the nation’s earliest history. These are territorial-era mining towns where men who came West on horseback cheered Barney Oldfield and Louis Chevrolet as they roared through town. There are quiet farming villages that once played center stage in the bloody conflict of the Civil War and dusty, wide spots in the road where centuries-old churches cast shadows over the ruts of the Santa Fe Trail as well as the broken asphalt of Route 66.

In the ghost towns of Route 66, the old road will forever be America’s Main Street. In the empty places along America’s most famous highway, the ghosts whisper on every breeze, and the swirling sands of time blur the
line between past and present.