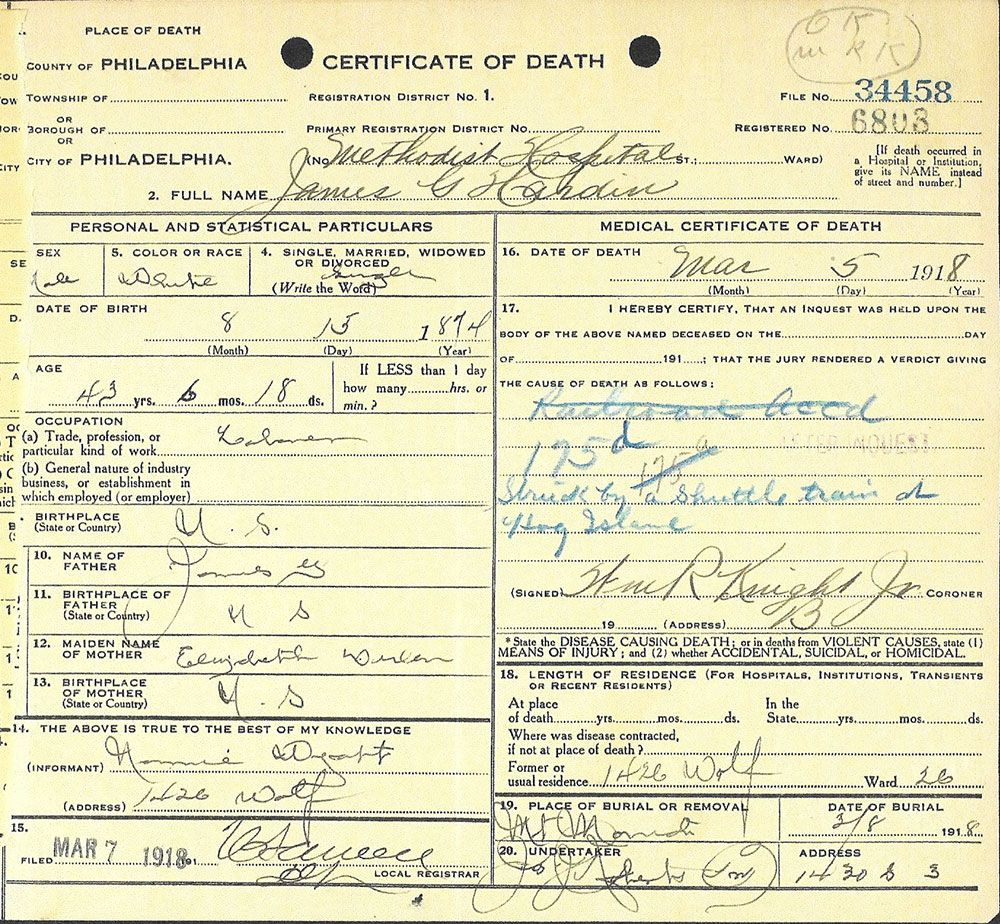 John Wesley Hardin’s youngest brother Gip—like most of the men in the family—led a
strange life. He was a Texas school teacher in 1896 when he killed a friend (who was also
a lawman) during a dinner argument. Gip was sentenced to 35 years in prison, but a new
trial cut that to two years.

When he got out, Gip moved around for many years. He worked on a horse transport
ship during WWI. In 1918, he was crushed to death (see death certificate) by a boxcar in
Philadelphia, PA, where he was buried.