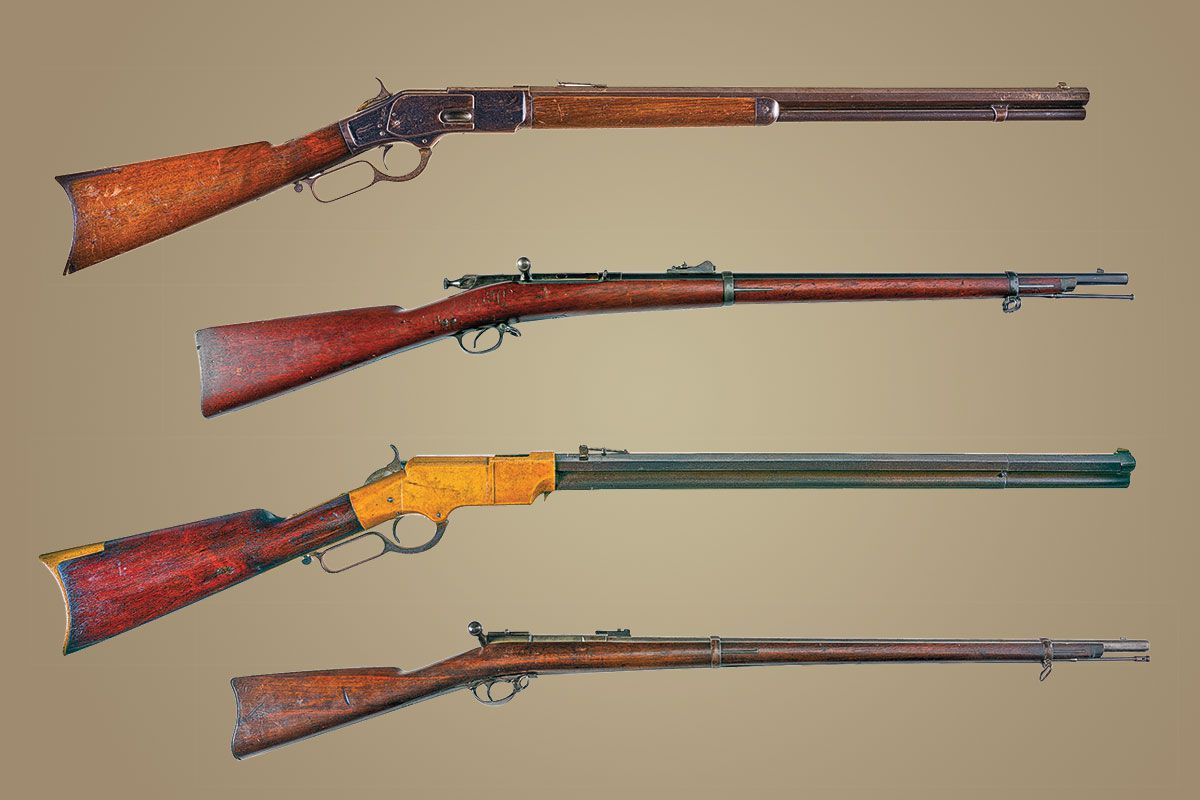 The old saw about guns that “won the West” may be overstated, yet undoubtedly, armament did play a major role in frontier expansion along with the railroad, stagecoaches and other 19th- century technology. Certainly, collectors favor firearms, as indicated by Rock Island Auction Company’s February 14-17 Regional Gun Auction (#1032) with 7,136 lots, and Morphy-James Julia Auctions’ February 5-7 Field & Range Firearms sale with 2,578 lots. In both auctions, most of the listings dated from the 20th and 21st centuries, but several representations of the Old West were included.

Turning to handguns, a handsome engraved .41 caliber First Generation Colt Single Action Army Revolver with relief carved steer head grip would have been the pride of every drover. It fell between the estimated price range of $4,500 to $6,500 at $5,463. In contrast, a Colt Single Action chambered for the .45-caliber U.S. Government round, was estimated at $1,800 to $2,750, but realized far more than that at $4,313.

The February 5-7, 2019, Morphy-James D. Julia auction was strong in U.S. martial ordnance, especially from the Spanish American War era through World War II. Several U.S. Army items from the antebellum era through the Civil War and the Indian Wars were available as well. Among these were two examples of early attempts by the American military to replace the long-lived “trapdoor” Springfield with a more modern bolt action in keeping with European trends. One of these was a Model 1871 Ward Burton Rifle estimated at $1,200 to 1,700, which sold for $1,599, and the other piece was a later effort to introduce a bolt action—a Model 1882 Chaffee-Reece Rifle. The relative rarity of this weapon contributed to its $6,400 price realized, which exceeded the $3,000 to $4,000 projection.

One more mainstay of the frontier cavalry was the Colt-.45-caliber Single Action Army Revolver. A good example of this six-shooter in the shorter 5½-inch “Artillery” version received a $4,000 to $5000 estimate. When the bidding ended, the price realized was $6,400.