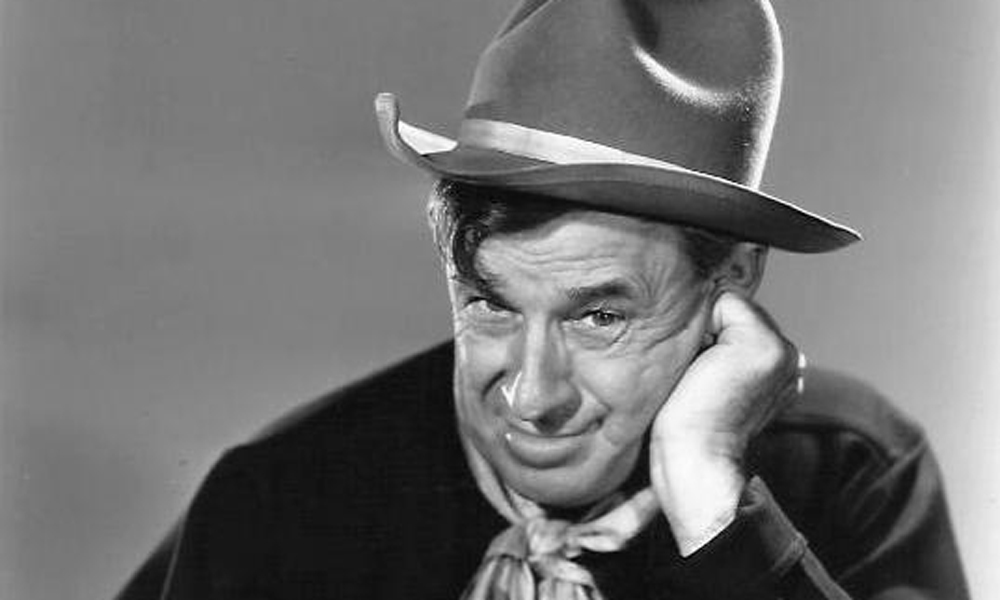 Even folks who know little about the old west know about Will Rogers, the cowboy philosopher, entertainer, writer who seemed to know just what to say about anything. Happy belated birthday to this bright and clever entertainer born on Nov. 4, 1879.

William Penn Adair Rogers was born on a ranch near Oologah, Indian Territory (now Oklahoma) to a respected mixed-blood Cherokee couple. In 1898, he left his family’s ranch to work as a Texas cowboy, then traveled to Argentina, where he was a gaucho. One particular talent was discovered in 1902, when he joined Texas Jack’s Wild West Show as a trick roper and rider under the stage name “The Cherokee Kid.” He was so good, he won a spot in the Guinness Book of World Records for throwing three lassos at once—the first went around the horse’s neck, the second around the rider, and the last under the horse to loop all four legs together.

But despite his skill with a rope, he soon found that audiences most enjoyed his witty remarks and the jokes he’d throw out during his routine. Eventually, his mouth and mind took over where his arm and wrist used to reign, and by the 1930s, he was adored by Americans of all political ilks.

Will Rogers became a stage and motion picture actor—the highest paid in Hollywood at one time—a vaudeville performer, humorist, social commentator and author of over 4,000 newspaper columns. He was the political wit of his time, remembered for such lines as, “I am not a member of an organized political party. I am a Democrat.” Or “I don’t make jokes. I just watch the government and report the facts.”

He became “Oklahoma’s Favorite Son,” and held a spot in the heart of most Americans when he died on August 15, 1935. He was on a flight to Asia with famous pilot Wiley Post when they crashed in Alaska. Both were killed. Will was only 55. But he is forever remembered with public buildings named for him and in the many awards that commemorate his life’s work.

So Happy Birthday to You!!