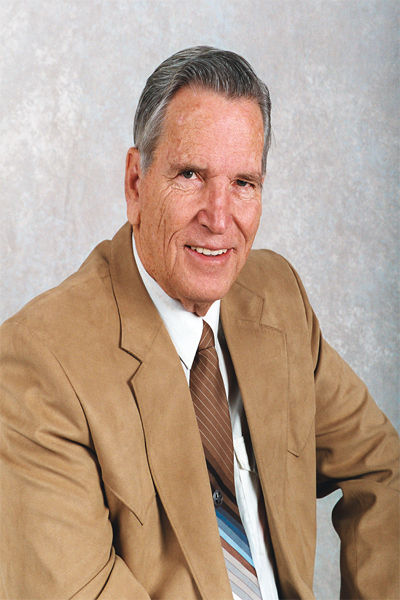 The ghost of the infamous John Wesley Hardin is a hard one to kill.

Just ask Leon Metz, one of the most meticulous researchers in the field of Western history. After a series of successful books on lawmen and outlaws, his pivotal work on the gunfighter began with unusual intensity. Along the way, he sensed that Hardin didn’t care much for the intrusion into his previously little-known life. The author felt a palpable and belligerent presence by day, while suffering hair-raising tremors at night. Sleep eluded him. But Metz refused to back down. Both conditions subsided once the book was done, proving that a real Texan is a worthy adversary to any killer’s ghost.

TW: Considering the state you were in, how did you finish that book?

LM: With sheer commitment and a sense of relief.

TW: You seem undaunted. It’s been said that writers should try to write what they know. When you started, did you?

LM: No, I was inspired by what I didn’t know. I remember discovering the Saga of Billy the Kid by Walter Noble Burns at 13. It never occurred to me then that authors would lie in print. I believed much of the legend, only to learn later that the facts were distorted and that much Western history isn’t well researched. I was determined to change that.

TW: How did you find your way into writing Western biographical nonfiction?

LM: After the U.S. Air Force, I ended up in El Paso. There, I answered the call for book reviewers assigned to cover Westerns. You might say, I got hooked.

His passion for the anecdotal and emotive story has helped produce some of the most fascinating material on the subject of law and disorder anywhere. Titles such as The Encyclopedia of Lawmen, Outlaws, and Gunfighters or The Shooters: A Gallery of Notorious Gunmen from the American West are far more than biographical surveys.

TW: You write about some of the most notorious outlaws in Western history. What makes your work different than others?

LM: I do a lot of homework. Go for the stories that no one’s ever heard. My biographies about Pat Garrett and John Wesley Hardin reveal a lot of new material. I love the human interest stories behind the legends; that’s what brings my work to life. In my opinion, what’s left out of a lot of history is emotion.

TW: Why write about bad guys?

LM: I’m a law abiding citizen, but I’m fascinated by the criminal mind. I’m curious about what makes killers tick. I love to see how far I can go in refuting or confirming some rumor that might have passed down as fact, taking the reader on an adventure into the past.

The host of a weekly talk radio program in El Paso focusing on Western history, Metz talks to callers on Saturday mornings. He also writes a weekly column for The El Paso Times about subjects involving the West, past or present.

TW: You’re something of a media celebrity, aren’t you?

LM: I’ve been featured in film documentaries, such as the Learning Channel’s Gunfighters of the Old West and The Real West, and in a documentary of the Old West on the History Channel. You’d be amazed how many people recognize me. I always am.

TW: You’ve been recognized by your peers in many ways—what stands out?

LM: I’m a past president of Western Writers of America and a  past recipient of the WWA’s Saddleman Award.

TW: What do you do in real life?

LM: Well, I never gave up my day job. In fact, I’ve had several. I’ve served as a police officer, oil company employee and university archivist, all the while doing my research.

Metz’s next project, a history of the early Mexican Revolution, is scheduled to be finished by early 2006.

TW: What do you hope this book will do for readers that others on the subject have not?

LM: Tell the real story. Hundreds of books have been written about this subject (and most of them are in my garage), but not one looked at the turmoil, the confusion and the plight of the refugees. As in my other works, I’m going for the human side, including lots of unknown characters, not just Pancho Villa and the like. Speaking of which, Berkley has asked me to do a book on Mexican bad guys next. I can’t wait.