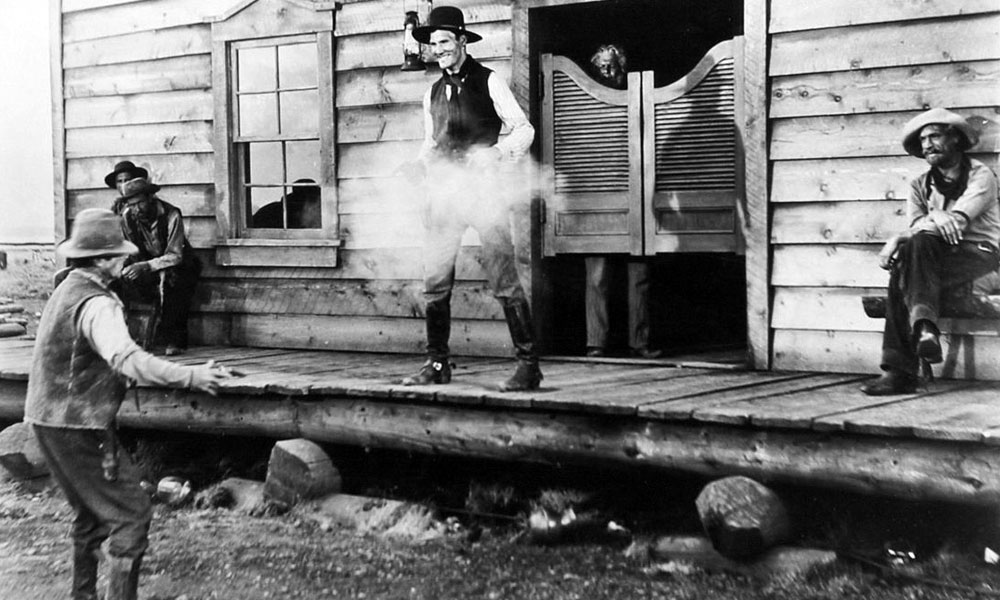 For many, the gunfighter evokes images of an errant knight on horseback who rides into town and rescues the helpless citizens from bad guys bent on crime and corruption. To quote Jack Shaffer’s classic book, Shane, “he rode into our town from out of the great and glowing west and when he was finished he rode back to whence he had come.”

The bad guy represents the sinister personification of evil who reacts to any situation with violence. When it comes to villains, my concept of the “classic antagonist” would have to be Jack Palance in Shane.

The word “gunfighter” can be traced back to 1874 but didn’t become common until the twentieth century. Up to then the preferred description was “man-killer.” Thanks to how they’re depicted in movies, many have been admired because they fitted the public’s perception of what hero or anti-hero should be. The mythical hero always fought fair in the sense of today’s idea of “fair play.”

In reality the fact is many of these men were flawed characters. Survival meant getting the drop on an opponent by whatever means and disabling him before he did the same to you. For example most of the killings during the notorious Pleasant Valley War were bushwhacked of died in an ambush.

In the real West the losers usually wound dead or with painful, disabling gunshot wounds, missing ears, a nose chewed off, gouged eyes and broken limbs. That may seem horrifying to modern aficionados of the Old West but it was acceptable behavior in frontier life.